Council Limits Developers From Towering Over East Village and LES 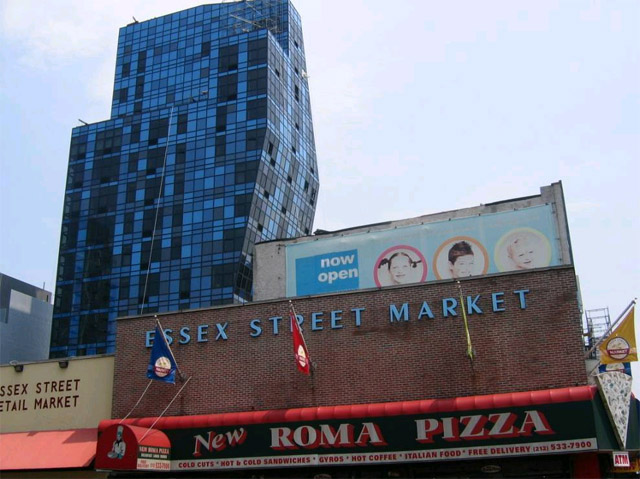 Photograph of the corner of Essex and Delancey, with the Blue Condominium in the distance, by Betty Blade on Flickr

This afternoon, the City Council approved a measure that will place height limits on new buildings in the East Village and the Lower East Side. The plan will rezone over 111 blocks from Delancey Street to East 13th Street, and east of the Bowery to Avenue D. Developers, who were previously only limited by how high they could build the front wall of new buildings (taking advantages of setbacks that let them build higher in the backs of lots), will now see a cap of 120 feet, no matter how far their lots go back (There's also a restriction of 80-foot heights on smaller streets.)

The plan may significantly curb the rampant development in the trendy downtown neighborhoods. Had it been in effect just a few years ago, it would have made a significant dent into the plans of new buildings, like the Blue Condos on Norfolk Street, which tower over the area at 181 feet. Buildings under construction with completed foundations can skirt the new regulations, while those that have permits and have just put down a substantial foundation merely have the right to apply for extension from Board of Standards and Appeals.

The mayor's office says that the plan will pave the way for more housing on wider blocks like Houston and Delancey with as many as "1,670 additional housing units over the next ten years, including 560 units permanently affordable to low- and middle-income families." The City Planning Commission will now turn its attention to Chinatown, where some had protested the proposal for fear that it would simply shift the burden of development onto them.

Early Addition: Sag Harbor has a serial backyard trespasser who simply 'stands at the water's edge'