A jury has found former New York Senate majority leader Dean Skelos and his son Adam guilty of eight counts of bribery, extortion, and fraud conspiracy. The decision comes after a four-week trial and a day of deliberation. They each face up to 130 years in prison.

.@SenatorSkelos with his arm around his son Adam after both convicted on all 8 counts at their corruption trial. pic.twitter.com/qXsd1XkmL3

Federal prosecutors brought the charges in relation to about $300,000 in illicit money the elder Skelos funneled to his son through various schemes. In one, prosecutors explained, Dean Skelos pressured Manhattan developer Glenwood Management to cut Adam a check for $20,000 and disguise it as a payment for fictitious title insurance work. In another, they said the politician had Glenwood hook his son up with a consulting gig at the environmental technology company AbTech Industries. And in a third, the doting dad scored the grown-ass-man a no-show job at a medical malpractice insurance firm.

In each instance, the U.S. attorneys insisted, Dean Skelos exchanged the favors to his kid for influence over policies that would help make the companies money, or extracted the favors with the understanding he could cost them in Albany. The Skeloses' lawyers argued there was no quid-pro-quo in the arrangements, that the senator never explicitly threatened people to compel them to help Adam, and that official actions he took that benefitted the companies in question were in line with his core beliefs.

"Loving your son is not a defense for committing crimes," he said during his final statements on Wednesday. "The argument itself is offensive.'

Masimore compared Adam Skelos to the boy in the poem "Gorilla" by Shel Silverstein, about a boy who's happy to learn that everyone will excuse his bad behavior if he brings a pet gorilla with him to school.

"That’s kind of what it’s like here — the gorilla in this case is the power of the office of the Senate majority leader," Masimore said.

Among the evidence for this theory: the insurance firm PRI paying Adam Skelos $1,500 a week for what it thought was a real job after Dean asked his friend, the CEO, to hire him. When challenged by his boss about not showing up for work, he said, according to the boss, "Guys like you couldn’t shine my shoes. You’ll never amount to anything. If you talk to me like that again, I’ll smash your f—-g head in." He was subsequently promoted. Dean Skelos later told a lobbyist for the firm that his son "really needed the job."

At AbTech, the entitled young Skelos got the job even though, as he put it, he "literally knew nothing about water or, you know, any of that stuff." 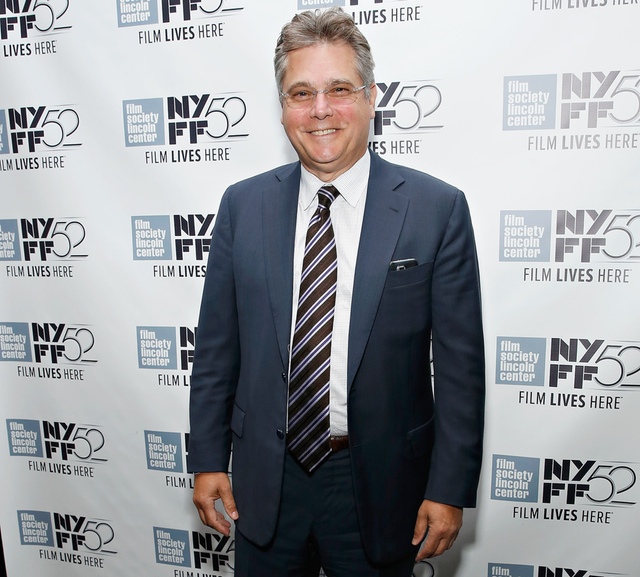 Charles Dorego, an executive at the development company Glenwood Management, New York's biggest political donor, served as a main cooperating witness in the case against the Skeloses. (Getty)

But while the details of the gig were still being worked out, Dean Skelos pushed Glenwood, a major donor, to funnel $20,000 to Adam in a payment disguised as a commission for title work he didn't do. During negotiations over that payment, Adam emailed his would-be benefactor: “I could really use the work if you have anything for me, it’s been a real slow year in the title world." In a move that would benefit Glenwood, Dean Skelos pushed legislation to loosen rent regulation and extend the 421-a tax abatement for developers in an effort to benefit the developer.

The premise of the AbTech job, the feds explained, was to secure lucrative government contracts using his dad's contacts. The elder Skelos was trying to shape Health Department regulations on fracking in such a way as to create business for AbTech when the state banned it, prompting Adam to yell in a recorded phone call, "Ahhhh! This day sucks!" Dean Skelos assured him he was going to run for governor and dethrone Andrew Cuomo, ending their problems.

How many prosecutions will it take before Albany gives the people of New York the honest government they deserve? @SDNYnews

Adam Skelos assured his bosses at AbTech that there would be "no competition" for an unsolicited stormwater system proposal, and he and his dad obtained a rushed "advisory opinion" from the state-controlled Nassau Interim Finance Authority for the company to show its investors. In the final stages of the $12-million contract's approval, the Skeloses threatened to block it if Adam didn't get a raise from $4,000 a month to $10,000 a month, even though he hadn't met agreed-upon job performance benchmarks.

"We probably spent more, at that point, on paying Adam than what we brought in from the New York market," AbTech founder and CEO Glenn Rink testified.

He collected $198,000 from the company altogether.

Prosecutor Rahul Mukhi told jurors on Tuesday that, contrary to the senator's claims at trial that Adam was on hard times financially, he made between $230,000 and $441,000 during the five years covered by the indictment, and bought a $675,000 house with a pool in 2013. Adam Skelos wore fancy suits to the courthouse throughout the trial, each costing easily $1,000, according to the New York Post.

The corruption is simple, Mukhi argued. "Do not take the democratic power entrusted to you by the citizens and twist it to make your own family rich," he said. "That's not just an oath. It's the law."

Adam Skelos's attorney Christoper Conniff said during his Wednesday closing that recurring patterns in cooperating witnesses' accounts of pressure from the Skeloses suggest they were coached by the prosecution.

"When you scrutinize their stories, the similarities in particular, the almost identical testimony about the frequency and tone of the requests, ask yourself if it has anything to do with the government's theory of the case," he said. He called Glenwood lobbyist Charles Dorego a "wheeler-dealer" and said he got Adam the AbTech job in hopes of getting himself paid.

"There was no quid pro quo," Dean Skelos's lawyer Robert Gage said. "Senator Skelos never sold his office—it has never been bought or sold. There is no crime."

In their rebuttal, prosecutors said that having a messy family life is no excuse for political corruption.

"If the senator couldn't manage his complicated able-bodied adult son, that's fine," Masimore said. "But just don’t take that drama to Albany and corrupt the top levels of state government with it."

The two will be sentenced early next year.

Gail Skelos, Dean's wife, shook her head as the verdict was read. Letting out a sob as Judge Kimba Wood thanked jurors

Skelos' name has already been stripped from his office door pic.twitter.com/7JImrkEO6N

#adam skelos
#albany is a cesspool
#bribery
#corruption
#dean skelos
#extortion
#federal prosecution
#preet bharara
#us attorney's office
Do you know the scoop? Comment below or Send us a Tip