The Department of Investigation announced the bombshell allegations today, and called for DOC Investigation Division Deputy Commissioner Gregory Kuczinzski to be fired over them.

"He's been relieved from his investigation and call-monitoring responsibilities," DOC spokesman Peter Thorne wrote in an email. Thorne would not directly answer questions about the nature of the demotion but said Kuczinski had not been fired.

DOI is an independent government watchdog with wide latitude to investigate malfeasance across city agencies. It has recently put the DOC, manager of Rikers Island and jails across the city, under the microscope. In a letter to Mayor de Blasio, withheld from the public because the letter "contains significant technical information about security operations," according to a DOI release, the DOI laid out its accusations that Kuczinski and his underlings repeatedly eavesdropped on calls between city investigators and confidential informants over multiple months this year.

Kuczinski was the administrator charged with investigating wrongdoing internally at the DOC, and also headed the agency's Intelligence Bureau.

Speaking to the New York Times, Correction Commissioner Joseph Ponte did not deny that his staffers had listened in on DOI calls, but said that it had been incidental and that "there was no improper eavesdropping."

"Clearly there was no intent to interfere with DOI and anything they were doing," he said, claiming that once Correction personnel realized that they were hearing a DOI staff member, they ended their surveillance.

Kuczinski denied having done anything wrong to the paper and suggested that DOI might be "trying to cover something up."

Mr. Kuczinski, in the interview on Sunday, defended his actions and disputed some aspects of the Department of Investigation’s account. He said he learned of the recordings only in early February, soon after he took over the unit that monitors phone calls, when Mr. Ponte asked him to investigate the suspicions of a senior Correction Department official. That official, Mr. Kuczinski said, believed that four of the calls suggested that someone from the investigations agency was trying to frame Correction Department officials.

Mr. Kuczinski said he never listened to the recorded calls himself. Instead, he said, he assigned two members of his staff to investigate, but because of the demands of his new role, it took him two weeks to do so. It took the staff members several weeks to review the recordings and conclude that the calls did not indicate an attempt to frame anyone, he said. He said he did not initially notify the Department of Investigation about the matter in February because he believed it would have posed a conflict for the agency. 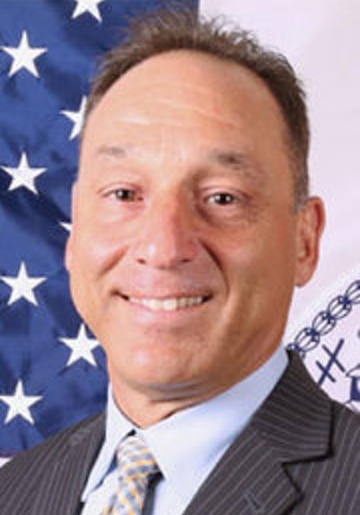 The latest charge follows last week's revelation that Ponte repeatedly drove his city car to Maine, spending 90 days out of state last year, including 35 weekdays, and paying for gas and tolls with taxpayer money. Correction officials defended the misconduct, saying that Ponte worked through most of the trips and was on call at all times.

Mayor de Blasio also spoke in support of Ponte, claiming that he acted on the advice of some unspecified person. A spokesman for the mayor later said that the advice was given by someone in the DOC's "senior staff," but wouldn't say who that was.

In response to the latest allegations, the spokesman, Eric Phillips, wrote in a statement, "These are serious and troubling allegations. We will work with the Department of Correction and the Department of Investigation to determine what happened and what changes must occur to ensure that it doesn’t happen again."

The DOI has a clear set of recommendations for what can be done. In addition to canning Kuczinski, the agency is calling on all DOC workers who listen to inmate calls to be retrained, saying that Kuczinski didn't know the rules on call monitoring and offered them no training on them. DOI wants Correction's investigative organizational structure changed to ensure that its probes aren't further meddled with, including the creation of a new Telephone Monitoring Unit supervised by DOI. And DOI wants de Blasio to send a memo to all agency heads and head lawyers reminding them of rules mandating cooperation with DOI.

History shows these changes are far from a sure bet.

Ponte took his long trips to Maine as Rikers Island was being put under a federal consent decree over spiraling violence by inmates and guards, and corruption among correction officers. Kuczinski, a lawyer and retired NYPD sergeant, was hired despite having no relevant experience in internal affairs, the Times notes, and Ponte promoted him to head of the Investigative Division in 2016 just days after he was fined $1,500 for having a subordinate drive him and his family to the airport for a vacation. The investigation announced last week that highlighted Ponte's frequent city-funded trips to New England resulted in 20 other DOC officials being referred for discipline for similar behavior.

Despite years of federal scrutiny and the more recently begun formal federal oversight, federal monitors reported last month that the division headed by Kuczinski, which is supposed to root out misconduct by DOC officers, failed "to pursue disciplinary action in cases where there was objective evidence of wrongdoing."

The Department of Investigation declined to provide supporting documentation of its surveillance claims.