Police are trying to find the man suspected to trying to rape a pregnant woman in Inwood on Sunday morning. They just released additional surveillance images of the suspects, as well as video of him buying a drink at a store.

The NYPD says that on Sunday, right before 7 a.m., a woman was walking her dog near West 212st Street when a man tried to grab her and remove her clothing. The victim was able to fight off him off, as did a nearby resident. The victim, who is pregnant, was not injured. 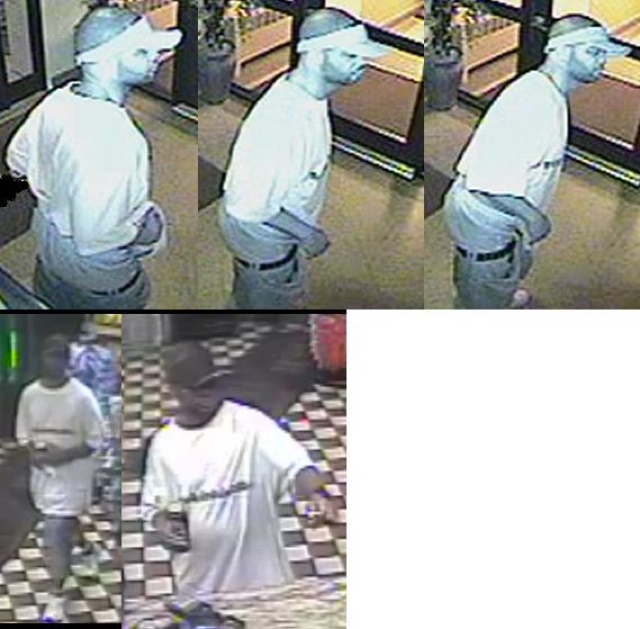 Sources told DNAinfo that the suspect seemed drunk. Still, that didn't reassure residents, one of whom said, "If I had caught him, it would've been street justice."

The initially released video shows the suspect following the victim and grabbing her; Police Commissioner Ray Kelly said, "It was very brazen, and there was no attempt to cover up what the individual was trying to do, so we're concerned about it."

The suspect is described as a man 25-30 years old, 5'11" and 180 pounds who was last seen wearing a white t-shirt, blue denim shorts and a brown or red baseball cap. Anyone with information in regards is asked to call Crime Stoppers at 1-800-577-TIPS (8477). The public can also submit tips by logging onto the Crime Stoppers website or by texting their tips to 274637 (CRIMES) then enter TIP577.

#attempted rape
#crime
#inwood
#manhattan
Do you know the scoop? Comment below or Send us a Tip