Police have released a third sketch of a man who they are seeking in a torrent of sexual assaults that have occurred in Park Slope, Sunset Park, and Bay Ridge since April of this year. This sketch comes from the account of a victim in Sunset Park on September 4. "Now we believe there are two, maybe three individuals involved," Deputy Inspector Paul Pintos tells the Brooklyn Paper. "After talking to victims, some of the descriptions seem to vary. The latest victims describe the suspect to be muscular, which was not the case before."

The latest attacks occurred on September 8th and 9th, the first on 12th Street between 8th Ave. and PPW at around 11:30 p.m. when the assailant put his hand up the victim's skirt and fled. The next day, a woman was attacked near 7th Ave and 9th Street around 12:30 a.m. In the first assault, police failed to show up an hour and a half after the victim called them. That suspect is being described as being 5'4" with dark hair, last seen wearing a black tank top.

However this new sketch is of a man who is described as 5'6", 28-32 years old and as being more "muscular." In all there have been seven attempted rapes, and one rape, which occurred on June 4th in a Sunset Park apartment building vestibule. 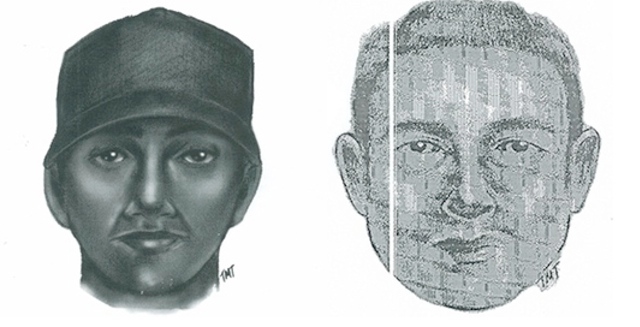 (The NYPD's first two sketches of a man believed to be responsible for multiple sexual assaults in Park Slope, Bay Ridge and Sunset Park.)

A woman who lives nearby last weeks attacks in Park Slope tells the paper, "I feel horrible and scared and don't know what we can do. It's not encouraging that the cops didn't get there on Thursday." Safe Slope, a group founded last month in response to the attacks, is holding a "Take Back Our Streets" rally tonight at 8 p.m. at the Prospect Park Avenue R stop on 4th Ave. at 17th Street. Council Speaker Christine Quinn; Council Members Sara Gonzalez and Brad Lander are expected to appear, and when the walk concludes at Detective Joseph Mayrose Park, the Center for Anti-Violence Education will offer a mini self-defense demonstration. You'll also be able to sign up for free self-defense classes there.