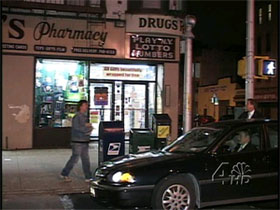 The NYPD is investigating six police officers suspected of trying to improperly obtain steroids. According to WNBC, the NYPD and State Health department have been raiding Brooklyn pharmacies - and the NYPD's Internal Affairs has now turned an eye on its own.

The NYPD's Paul Browne says that news reports that dozens of officers were being investigated were "wildly distorted and exaggerated." He does not believe the suspects to be arrested; rather they will face disciplinary action. The cops were apparently using the steroids for bodybuilding.

In the meantime, the drug raids have centered around a pharmacy in Bay Ridge called Lowen's. About $8 million of steroids and human growth hormone were found, and at least some were from China. The drug ring may have ties to a Florida-based pharmacy that the Albany County DA's office has been investigating; the Post reports that "several professional athletes...including Met relief pitcher Scott Schoeneweis and St. Louis Cardinal slugger Rick Ankiel" (who have not been charged) are linked to this probe.

The plot further thickens because a co-owner of Lowen's is Julius Nasso Jr., whose father, Julius Nasso Sr., is a film producer who conspired with the Gambino crime family to extort millions from Steven Seagal (Nasso Sr. served a year in prison). Nasso Sr. founded the Universal Marine Medical Supply Company and is also a pharmacist. And the Daily News reports that Tony Sirico, of Paulie Walnuts on The Sopranos fame, goes to Lowen's!