An NYPD Anti-Crime Unit team executing a search warrant on an alleged drug dealer found a stash of weapons and drugs in his home.

The NYPD says the officers entered the residence at 1798 Pacific Street in Crown Heights shortly after 6 a.m. on Saturday. There they found suspect Joseph Candelaria and a Mossenberg rifle, a Winchester rifle, a Stevens rifle, an imitation rifle, a Cobra .380 firearm, 10 grams of MDMA (ecstasy/molly) and a small stash of marijuana. 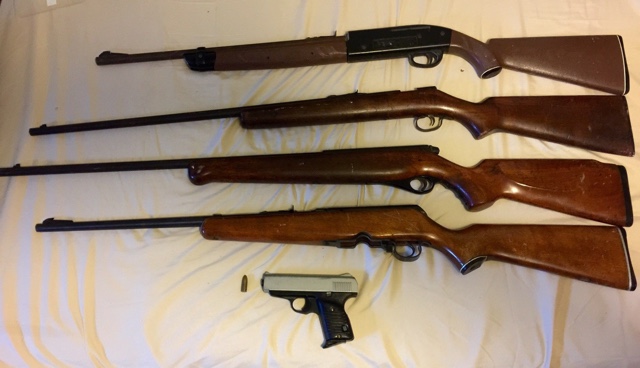 There's apparently a two-bedroom apartment available for rent ($2100/month) in the building.

#brooklyn
#Crown Heights
#good arrest
#mdma
#rifles
Do you know the scoop? Comment below or Send us a Tip