A 35-year-old cyclist was fatally struck by a hit-and-run driver in Williamsburg early Saturday morning—and investigators now believe that the driver intentionally struck the cyclist.

Law enforcement sources tell PIX11 that the driver of a black Chevy Camaro intentionally crashed into Matthew Von Ohen around 2:20 a.m. Saturday as he was headed east on Grand Street near Graham Avenue in the bike lane.

They report, "Investigators believe the driver pulled alongside Von Ohen, slowed down and moved the car partially into the bike lane, where the victim was riding...The driver then hit Von Ohen's rear tire and as the victim fell off his bike, the driver slammed into him again, running over him and dragging him about 20 to 30 feet."

Von Ohlen had been headed home from a shift as a bartender at Apotheke in Manhattan when he was struck. The Post has graphic surveillance footage of the collision, which you can see below.

Von Ohlen suffered severe trauma to his body and was taken to Bellevue Hospital, where he was pronounced dead. “He was killed like a dog in the street,” neighbor Joanne Bascetta, who left flowers at the site where he was struck, told the Daily News. "He’s someone’s child. It’s heartbreaking. I just came out for support. I feel so bad for the family." 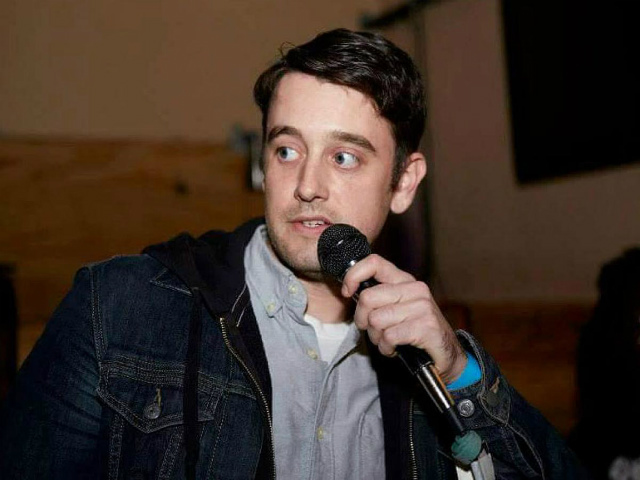 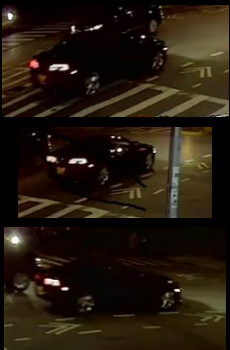 Von Ohlen started Bikestock, which operates self-serve bike repair vending machines in Brooklyn, Manhattan and Massachusetts, with partner Joseph Huba in 2013. According to his bio on the company's website, he "lives and breathes cycling" and "sees biking as a way to stay fit and to decrease his environmental impact, and is a strong advocate of year-round ridership."

Cops are looking for the driver of the vehicle now. They describe the car as a black 2014-2015 Chevy Camaro with gold New York State license plates. You can see surveillance images of the car, which were taken immediately prior to the incident, to the right.

Anyone with information in regards to this incident is asked to call the NYPD's Crime Stoppers Hotline at 800-577-TIPS or for Spanish 1-888-57-PISTA (74782). The public can also submit their tips by logging onto the Crime Stoppers website or texting their tips to 274637(CRIMES) then entering TIP577.

Police were out on Grand Street after the incident—not stopping and ticketing drivers who were in the bike lane, but rather "catching cyclists running red lights and handing out tickets," according to PIX11.

"When they got to the intersection of Grand and Graham on their way, police officers were there to stop them and hand out pamphlets on cyclist safety," Greg Fertel, who lives in the neighborhood, told us. "I found this to be pretty enraging—I don't think that this was an issue of cyclist safety." You can see the brochure below. 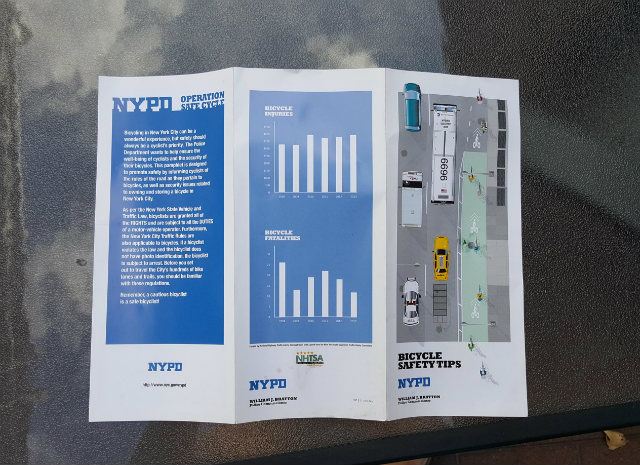 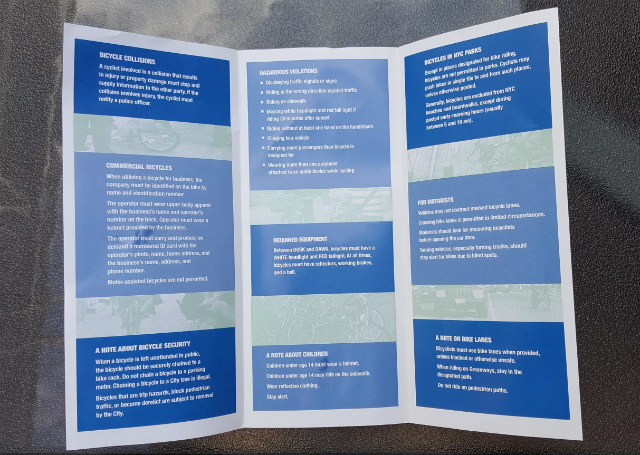 #brooklyn
#cis
#cyclist fatality
#hit and run
#Matthew von Ohlen
#police
#williamsburg
Do you know the scoop? Comment below or Send us a Tip
A new Gothamist is coming! We’ve moved comments over to our beta site. Click here to join the conversation and get a preview of our new website.