Police arrested two suspects for their involvement in the Sunday afternoon shooting that left a three-year-old boy injured. Little Isaish Rivera had been playing in a sprinkler on Pulaski Street in Bedford Stuyvesant when gunfire broke out, apparently over a dice game, and Isaiah was hit in the leg by a bullet. Isaiah's dad told the Post he wanted out of the housing project, "I’m planning on moving out of here the next chance I get — this is no place to raise a family."

Police say that 10 shots were fired. Stanley Williams, 20, and Antonio McCloud, 22, were both arrested and charged with attempted murder, assault, criminal possession of a weapon, and reckless endangerment.

MyFoxNY reports, "Police do not know if the two men were shooting at each other of if they were both shooting at the same target. Cops said Williams has 11 prior arrests, including weapon and drug possession." Police are also looking for a third person, Jashid Chambers, 20. 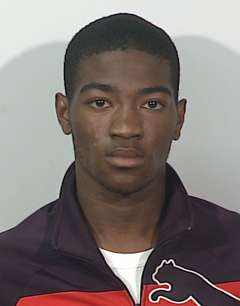 It's believed that Williams had fled the scene in a car, but was caught when he crashed it. McCloud and Chambers were apparently with him and fled on foot, but cops were able to catch up with McCloud. Community activist Tony Herbert lamented, "I'm upset these guys would open up when there is a bunch of kids inside a playground just trying to get away from the summer heat and they get shot at. This is ridiculous."

Mayor Bloomberg, who visited Isaiah while he was at the hospital, told reporters that the recent uptick in crime was an "outrage. We've just to get the guns off the streets. As you know were working nationwide to try to do that, were working locally to try to do that, our police officers are getting shot putting their lives on the line to protect you and me. I hope this week is just an aberration in the statistics but we are working as hard as we can to stop it."

#brooklyn
#gun violence
#isaiah rivera
#shooting
#stray bullet
Do you know the scoop? Comment below or Send us a Tip