Kenny Ortiz, 31, was arrested yesterday, after cops offered a $12,000 reward. According to the NYPD, two on-duty police officers (in the anti-gang unit) were in an unmarked police car on South Conduit Avenue at Pitkin Avenue around 3:37 p.m. on Sunday when they spotted an individual "operating a yellow four-wheel Yamaha all-terrain vehicle in a reckless manner, including weaving in and out of traffic and riding on the sidewalk." The officers say they turned on their lights and sirens and stopped the ATV.

However, when the cops approached the ATV, the ATV driver sped away and hit one of the them—and ended up dragging the cop, who was clinging to the front handlebar area. After 190 feet, the police officer was knocked to the ground and the ATV driver drove on top of his left leg, police say, before fleeing. The police released surveillance video, plus a sketch of the suspect:

Police Commissioner Bratton said of the police officer, "He’s very lucky to be alive, being quite frank with you," and added, "It was an overt attempt to murder that officer by swerving into traffic and attempting to basically get the officer off that ATV." 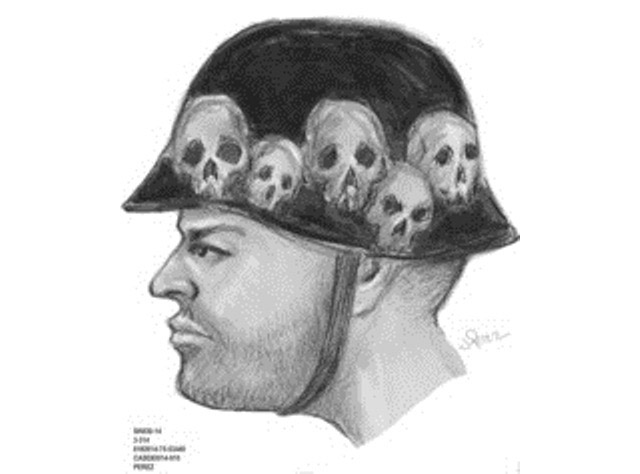 Kenny Ortiz, charged with attempted murder of NYPD detective and reckless driving. All while on a bright yellow ATV. pic.twitter.com/IAthnHhvey

The NY Times reports, "In the presence of a lawyer, Mr. Ortiz told detectives that he was driving his ATV on Sunday, but did not admit to striking the officer, the police said. Phone messages left for Mr. Ortiz’s lawyer were not returned."

The Post's sources say, "Ortiz, of Jamaica, Queens, claims that he thought the plainclothes officer was trying to rob him of his bike and that he panicked after running over him." The police officer let go of the ATV when it got close to a parked car.

Ortiz was also charged with resisting arrest, reckless driving, operating an unregistered motorcycle and driving a motor vehicle on a sidewalk.

#attempted murder of a police officer
#atv
#brooklyn
#kenny ortiz
#nypd
Do you know the scoop? Comment below or Send us a Tip