The arresting officer of an Occupy Wall Street protester charged with a felony testified at trial yesterday that the activist, Cecily McMillan, purposefully assaulted him as he was detaining her during a 2012 protest in Zuccotti Park. “As I’m walking her out, I remember her saying to someone: ‘Are you filming this? Are you filming this?’" Officer Grantley Bovell told the jury. "Then I remember the defendant crouching down and lunging with her elbow and hitting me in the eye.”

McMillan, 25, has alleged that Bovell forcefully grabbed her right breast, causing her to reflexively spin around, hitting him in the face. She says that in the confusion, she was unaware that the hand grabbing her breast was that of a police officer's. She is charged with felony assault of an officer, which carries a sentence of up to seven years in prison.

McMillan's attorney, Martin Stolar, said that video of the incident contradicts Bovell's testimony, and that the injuries she sustained in the photos below taken shortly after her arrest and release, were caused by Bovell. 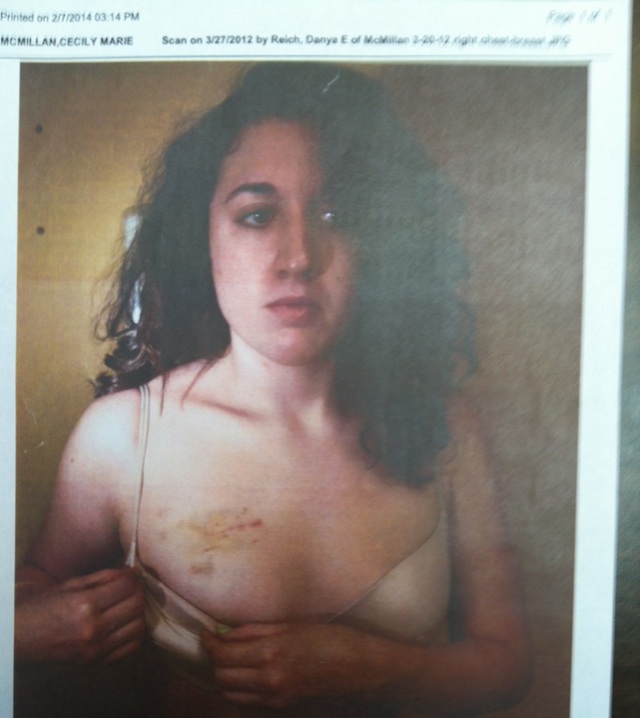 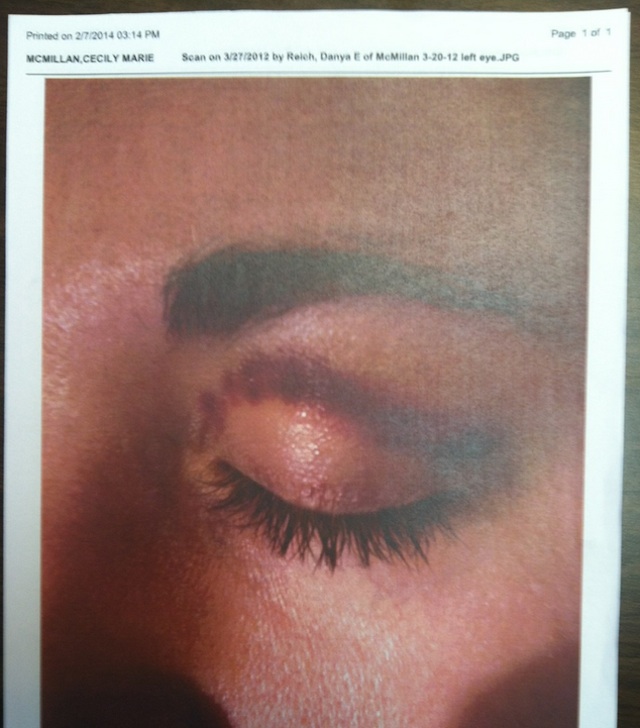 McMillan also suffered a seizure that night, and was hospitalized after her arrest for bruised ribs and limbs. Her seizure was also captured on video:

Officer Bovell has been accused of running a motorcyclist off the road to make an arrest, slamming an arrestee's face into the stairs of an MTA bus, and was one of the 500 officers disciplined for his role in the Bronx ticket-fixing scandal.

Stolar had requested that Bovell's personal file be unsealed to further question the officer's credibility, but the judge denied the request.

The trial is expected to last as long as three weeks—the Times and the Voice have coverage of yesterday's events.

#Cecily McMillan
#occupy wall street
#ows
#Zuccotti Park
Do you know the scoop? Comment below or Send us a Tip