Cop Accused of Arresting Girl, Telling Bro to Date Her 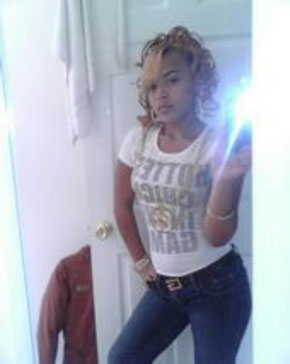 An NYPD officer is accused of passing along personal information about a teenage arrestee to his younger brother and advising the lad to ask her out on a date. In an "exclusive" article headlined "Busted & Lusted," the Post reports that 27-year-old officer Shan France is being investigated for allegedly giving 15-year-old Destiny Russo's contact info to his sibling. Her lawyer says that France's brother found her MySpace profile and wrote, "My brother gave me your information and said we should hook up."

Russo (pictured) is charged with robbery and assault of a 15-year-old girl in Queens; the Post has it that Russo joined two other girls in punching and kicking the victim in the face, head and back. They allegedly stole $7 from the victim's hand and from inside her bra, then held her by the hair, stripped her naked, and forced her to run home nude. So you can see why Officer France would think she was quite a catch!

But no, Russo was not wooed by what might be the most ill-conceived hook-up attempt ever. Of course, both Officer France, a former Olympic long-jumper from Guyana, and his brother deny that it ever happened. By the way, the last time France was in the news was back in 2005 when he chased down a suspect in a violent home invasion robbery in Queens. At the time, he was training for the 2006 World Championships and was a wide-receiver for the NYPD football team who went by the nicknames Flash, Franchise and Speedy.