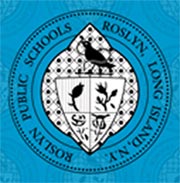 Even though he's serving a jail sentence, cleaning prison bathrooms, for stealing millions from the Roslyn schools district, it's certainly nice to be Frank Tassone, knowing that he still gets his $173,495 annual NY State pension. Newsday reports that he and other former Roslyn officials still get their considerable pensions, even while serving jail time.

Tassone, who notoriously stole $2.2 million for a lavish lifestyle (he did pay back the money, but it's unclear if his pension helped with that), is guaranteed his pension for life, thanks to a state law that says, per Newsday, "a public employee is entitled to a state pension for his or her years of service, those retirement benefits cannot be diminished or taken away, even after a felony conviction."

Some Republican lawmakers' attempts to change that have been shot down by employee unions, in spite of this point from State Assemblyman Daniel Burling: "I don't think, when you violate the public's trust while you're in public office, that you should be rewarded with a very generous pension system, primarily provided by the taxpayers of New York State, the very people you violated."

And here's another former official who gets his NY State pension: Former Comptroller Alan Hevesi. He may have pleaded guilty to a felony, for using state staff and vehicles to chauffeur his sickly wife, but he does get to pass Go and collect $104,123 annually.

#alan hevesi
#Frank Tassone
#ny state pension
#roslyn
Do you know the scoop? Comment below or Send us a Tip