Bayonne-born ecologist Frank Gallagher remembers sneaking into railroad cars and diving off the docks a half century ago at what is now New Jersey's Liberty State Park, just 2,000 feet across the bay from the Statue of Liberty. The park now inspires a different sort of awe in the Rutgers University professor: native and non-native plants have formed unique communities that actually prevent toxic materials from spreading through the soil.

These "novel assemblages," as Gallagher calls them, are found in the innermost 100 of the park's 1,200 acres. Not only do the plants appear to keep contaminant metals in the soil from moving about, they stay in the soil and out of the plants’ leaves so they are not ingested by birds or other animals.

The process by which plants secure toxins and prevent them from moving about is known as phytostabilization, a subspecialty within the field of phytoremediation, a discipline concerned with using plants to improve the environment.

Stephen Ebbs is a plant biologist at Southern Illinois University and the co-editor of The International Journal of Phytoremediation. Ebbs says that while using plants to improve the environment is centuries old, contemporary phytostabilization “uses the right plants and some basic soil management strategies [for example, adding fertilizer] with the end product of keeping the contaminant from moving where it is in the soil, either moving into plants where is eaten by organisms or down out of the soil into ground water.”

In fact, at Liberty State Park, different plant species are working together to essentially remediate a site laced with lead, copper, and other metals.

The park is certainly a more attractive place in 2013, in no small part because of Gallagher, who began his work there when he was hired as the park's first naturalist in 1983. "I think it is a very special place," Gallagher says. 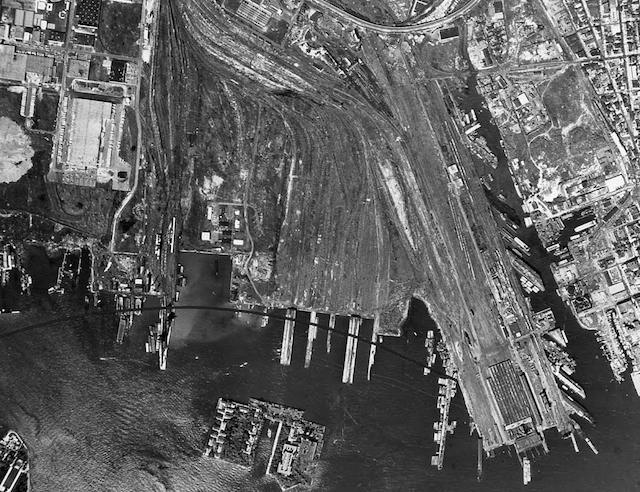 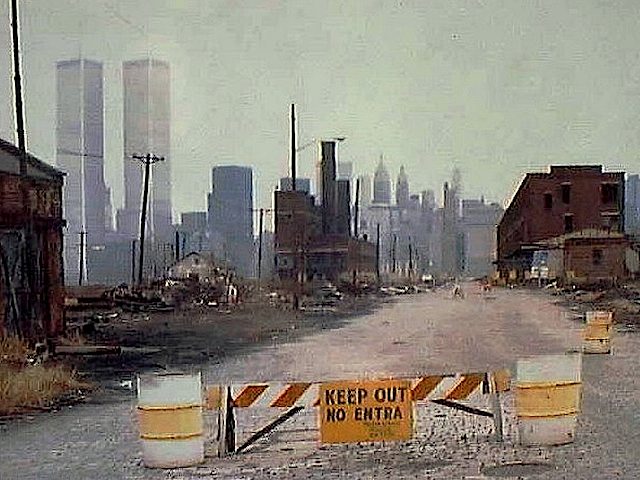 Liberty State Park was a former industrial dump and railcar termination point for the defunct Central Railroad of New Jersey and the Lehigh Valley Railroad. The trains and nearby industry dumped coal and toxic metals everywhere, and the industrial activity transformed this Jersey City site into an ugly backdrop for the Statue of Liberty. After the trains stopped coming in the late sixties, the area was unsafe for both humans and wildlife.

In the seventies, advocates from nearby Jersey City sought to transform the site into a place of nature and recreation for local residents. By the 1990s, a 1,200-acre scenic park had been established. Restoration at Liberty State Park was more or less conventional, with the removal and capping of toxins.

However, the innermost 250 acres of the site and a small, 36-acre section lagged behind the overall restoration. The 36-acre portion became a restored marshland called the Richard J. Sullivan Natural Area. Engineers had to remove soil riddled with hexavalent chromium, an especially carcinogenic pollutant, and deposit a layer of clay over the less dangerous contaminants.

The restoration of the park's wetlands, finished in 2008, has been successful. Many birds, including 15 duck species that pass along the Atlantic Flyway, now find the park a safe harbor. Gallagher says that this type of wetland restoration usually takes about a decade for all the elements to link. "We established a true wetland situation from the soils, from the plants, and from the fauna in a matter on three to five years," says Gallagher, "all very quickly." 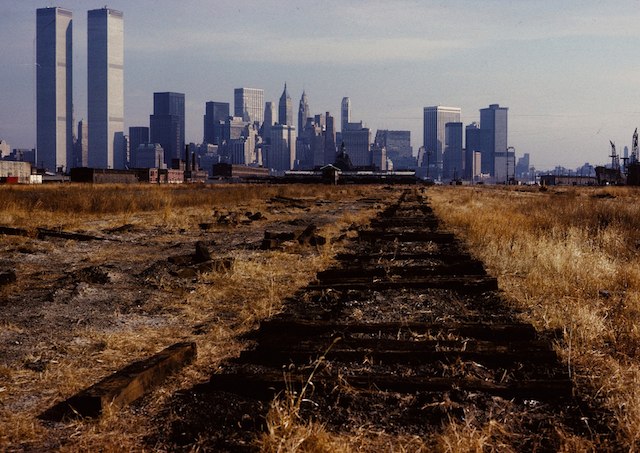 The final 250 acres of the park posed unique challenges. Developers and politicians proposed commercial developments, such as a water park. Community and conservation groups were able to fend off development attempts by getting involved in the open hearings for the New Jersey Department of Environmental Protection's General Management Plan. Gallagher's 100 acres lie within this area.

Greg Remaud, conservation director for the New York/New Jersey Bay Keeper, has worked with Gallagher for 20 years, and he says that conservationists trusted Gallagher and relied upon his knowledge for their understanding of Liberty State Park ecology.

"Frank had identified plant complexes and communities and folks began to realize how valuable that was for the urban natural site and also as a study to look at how a park evolves and at urban soils, and see what we can learn from them." Remaud adds, "We need to learn more about these urban sites instead of covering… or fencing [them] off."

Gallagher is pushing the model even further. Some of the plants in his area of study are non-native and considered invasive. He has noticed that species such as bush grass, mugwort, and sumac, appear very successful at phytostabilization of metals.

"We have gone out and tested the twelve different species of dominant plants and took them apart from roots, shoots, stems, and leaves, and in some cases even fruits," Gallagher explains. "The plants that seem to do well at these sites are plants that deal with the metals by either excluding them at the root zone or, if they take them up, they keep them...sequestered in the root zones. So those are the plants that do well naturally in high mineral soils. Those are the plants we want in include our assemblages because of the services they are providing." 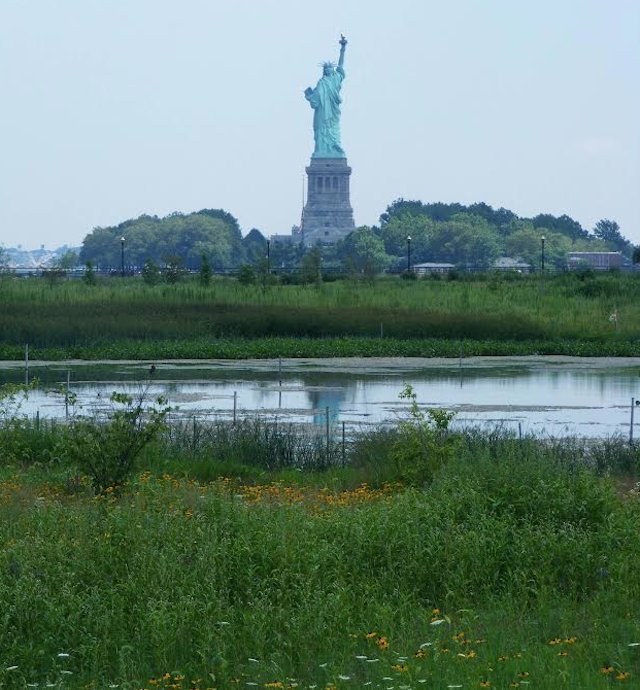 Gallagher also emphasizes that these new assemblages of plants support key ecosystem processes, such as carbon sequestration and water filtration in addition to offering habitat for wildlife and native plants.

Using alien species for restoration is controversial. Government programs and traditional conservation efforts are typically against allowing these species to grow.

Del Tredici points out that Gallagher has demonstrated that these mixed communities can play a very important role in remediating toxic urban sites and at a relatively modest cost. "The land he has been nurturing at Liberty State Park is extremely sustainable," he says.

Ebbs adds a point about ecology: "I think we are realizing an ecological approach with multiple species is often proven to have better results that we would have anticipated 10 or 15 years ago. In fact...letting nature help out is part of what we are also learning." 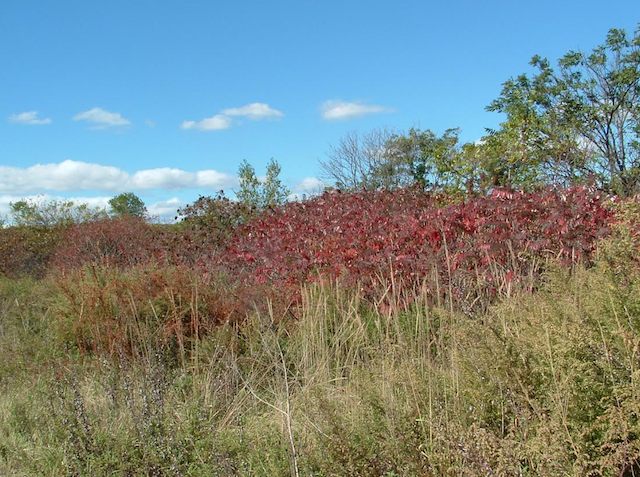 Gallagher feels that his findings at Liberty State Park are especially relevant for urban centers like New York City, where lead and other metals still pose problems. Using plants to extract them from the soils does not work, but phytostabilization can effectively sequester them at certain levels.

Laura Senkevitch manages the Training and Transitional Programs at The Fortune Society, an organization that works with the formerly incarcerated. She oversees an EPA-funded, six-week environmental remediation training program that is an intense overview of environmental health, urban agriculture, underground storage tank leakage, solid waste management, and treatment technologies, including a focus on phytoremediation projects. In 2011, they placed 53 out of 60 participants in full-time jobs with an average salary of $15.20/hour

According to Senkevitch The Fortune Society is working on securing a project in Newtown Creek that would utilize different bioremediation measures, such as using special mushrooms that digest oil spill-associated compounds.

Senkevitch foresees phytoremediation as playing a larger role in small sites, as it's the cheaper alternative to traditional remediation efforts. 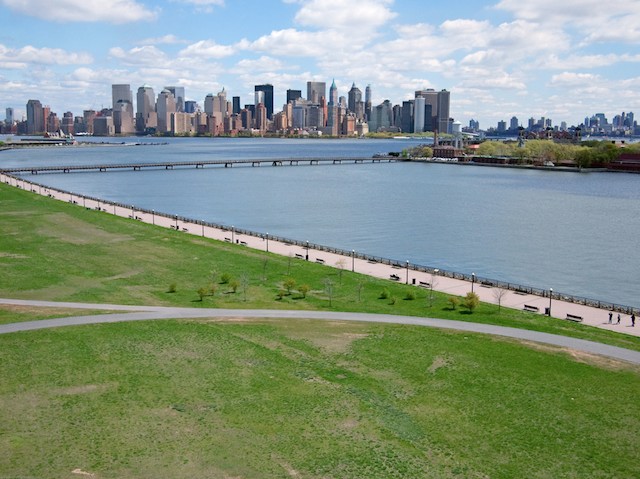 To Gallagher, Liberty State Park is an illustration of the dynamic power of nature. Photosynthesis, the carbon and hydrologic cycles, the interrelationship of species occur in the city just as they do in the country, and "novel" ecological assemblages that do not reflect an area's natural history, if properly managed, can help with handling pollutants.

Rich Blaustein is a freelance environmental journalist based in NYC

#environment
#Liberty State Park
#new jersey
#Phytoremediation
#pollution
#longform
#original
Do you know the scoop? Comment below or Send us a Tip