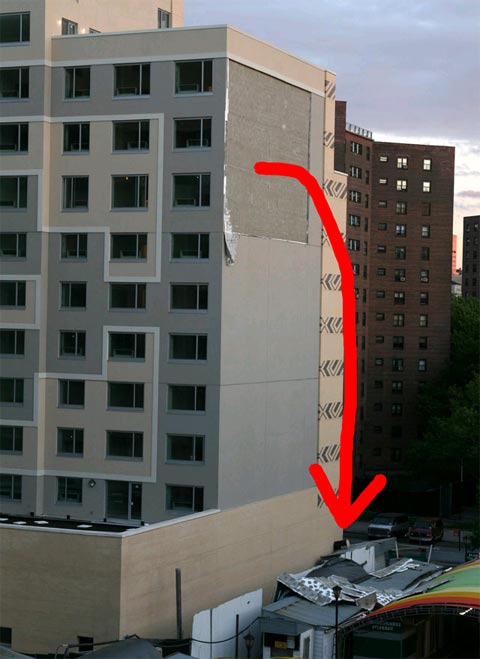 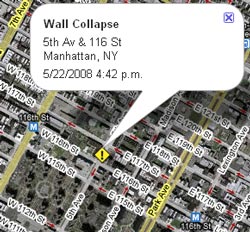 Yesterday afternoon, there were reports of a wall collapse or falling debris from a Harlem building on 116th Street, off Fifth Avenue. It turns out it was not quite a full wall collapse, but it looks to be more than the "construction debris" referred to by fire officials in an AP story.

The incident occurred at the recently completed green condominium building, the Kalahari Harlem. "Two stucco-like surface panels"--about three stories high and maybe three stories wide (perhaps 30' by 30'?)-- fell onto a market in the neighboring lot. Fortunately no one was injured.

The Buildings Department is investigating; earlier this week, Mayor Bloomberg announced 63 more buildings inspectors would be hired, in hopes of being able to more rigorously monitor to many construction sites around the city. And the Kalahari has been called the ugliest new development in Manhattan, but, hey, there is a custom-curated art collection.

#building accident
#building debris
#condominium
#department of buildings
#harlem
#Kalahari
Do you know the scoop? Comment below or Send us a Tip