A general contracting company has been found guilty of manslaughter, criminally negligent homicide, and three counts of reckless endangerment in the death of Carlos Moncayo, a 22-year-old construction worker who was crushed and killed by an unsecured trench at a Meatpacking District construction site in April 2015.

The maximum penalty is a monetary fine of $35,000, rather than prison time. Still, advocates for immigrant workers said they are pleased with the verdict, which they believe marks the first criminal conviction for a general contractor in relation to a worker death.

"We are happy that justice was done for the family, and we are very confident that contractors will take heed on what not to do," Omar Henriquez, an organizer with the National Day Labor Organizing Network, told Newsweek.

"Today's guilty verdict should signal to the construction industry ‎that managing a project from afar does not insulate a corporation or general contractor from criminal liability," said District Attorney Cy Vance in a statement Friday.

Moncayo, an Ecuadorian immigrant, was employed by the Long Island excavation contractor Sky Materials at the time of his death, working on 9-19 Ninth Avenue near West 13th Street, the former location of Keith McNally's restaurant Pastis.

A recent New York Times report found that construction-related deaths are on the rise, having jumped 53% last year to 324 total workers. The majority of victims have been recent immigrants, who often feel outsized pressure to work despite unsafe conditions, and even forge identification for fear of losing potential income on non-union construction sites. 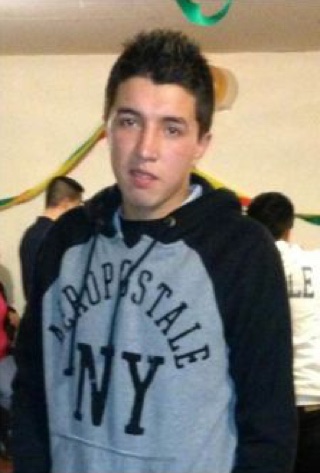 Harco Construction was hired to manage and oversee the Pastis site, including the adherence to safety rules laid out by the New York City Building Code and the Occupational Safety & Health Administration (OSHA). While construction sites are legally obligated to fortify trenches that are deeper than five feet, Moncayo was assigned to a seven-foot, unfortified trench and proceeded to excavate it to a depth of 13 feet. According to the Manhattan DA's office, Harco ignored several warnings in the months leading up to the collapse.

Sky Materials has also been charged with manslaughter, and is awaiting trial.

The Department of Buildings issued stop work orders against both Sky and Harco in the aftermath of Moncayo's death. The DOB also mandated that construction workers report unsafe work-site conditions to their office, rather than solely the contractor in question.

Wilmer Cueva, 50, of Sky Materials Corp. and Alfonso Prestia, 54, of Harco Construction were also indicted in relation to the case, with manslaughter, criminally negligent homicide, and reckless endangerment. Those cases are still open and pending.

Sentencing is scheduled for July 13th.

#Carlos Moncayo
#construction death
#meatpacking district
#pastis
Do you know the scoop? Comment below or Send us a Tip