Members of the House Committee on Oversight and Government reform are demanding more information related to the conflicts of interest posed by Donald Trump's part ownership of Starrett City, a federally subsidized, low-income apartment complex in East New York.

Trump owns a 4 percent stake in Starrett City thanks to his father, developer Fred Trump, who made a career out of building projects with government support, and who invested in the construction of the Brooklyn complex in question. Opened in 1974, Starrett City is the country's largest federally subsidized rental development with more than 3,500 apartments. It is funded through a direct subsidy to its owners, as opposed to voucher programs, with residents paying 30 percent of their income towards rent and the feds picking up the rest of the tab.

On his recently released disclosure forms, Trump says he made $5 million in rental income from January 2016 to April as part-owner. The income, tied as it is directly to federal policy that Trump can now dictate, is one of the starker examples of the many conflicts of interest that exist in the vast business holdings that he refuses to divest from.

As it happens, the president's proposed budget calls for large cuts to public housing and voucher programs, but keeps funding for privately owned low-income housing subsidies basically static, cutting only $65 million from the $10.8 billion program.

Experts who spoke to the Washington Post, which first spotlighted the issue late last month, said that the budget isn't necessarily motivated by self-dealing, noting that Trump has a lot of other income streams, and that other landlords benefiting from the program could make a politically formidable stink about reductions that directly impact their bottom line. 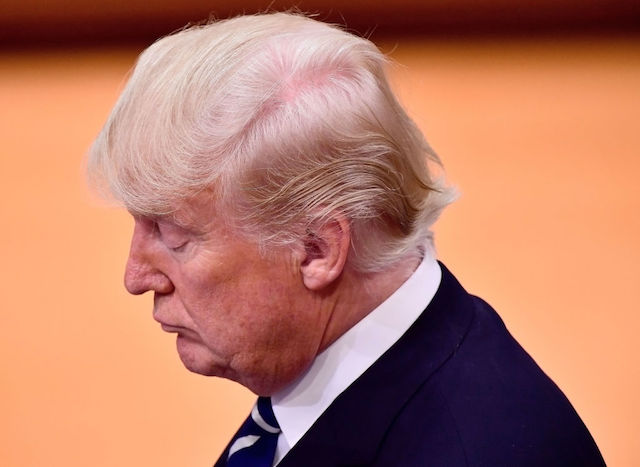 Still, congresspeople want answers about what Trump, his company, and his government and business underlings have been saying about Starrett City. To that end, Rep. Hakeem Jeffries, whose district includes Starrett City, and Maryland's Rep. Elijah Cummings, ranking Democrat on the oversight committee, sent a 10-page letter last week seeking more information. The letter went to the Trump Organization, Ben Carson, now secretary of the Department of Housing and Urban Development, and the committee chairman, Rep. Trey Gowdy.

"[U]nique conflicts exist with regard to Starrett City because the President is on both sides of the negotiation—he oversees the government entity providing taxpayer funds and he pockets some of that money himself," the letter says.

By way of further example, the representatives cite the fact that in 2007 HUD blocked an attempt by Starrett City's owners to sell the complex, on the basis that federal officials weren't confident that the sale would be structured to ensure continued affordable housing there. These days, Trump's own HUD officials could approve a sale that would net him millions more—he values his current stake as being worth $5-$25 million.

In her role as head of the regional HUD office, Patton would not have direct say over funding levels, but she would be the head administrator overseeing the agency's operations in the region, including at Starrett City.

The Trump Organization, White House, and HUD did not respond to emails seeking comment.

Inspections and financial reviews of Starrett City will be conducted with exactly the same standards and due diligence as the rest of HUD’s portfolio. Moreover, while Regional Administrators are not involved in the day-to-day oversight of HUD-assisted properties that fall under the jurisdiction of HUD’s Office of Multifamily Housing, Regional Administrator Patton has elected to recuse herself from any/all policy issues and decisions that may emerge related specifically to Starrett City to avoid any perception of impropriety or conflict.