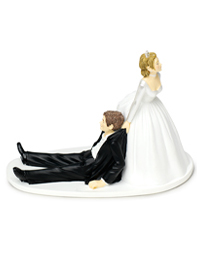 Usually married people, when not fighting, are pretty supportive their spouses, but that's not the case with Congressman Gregory Meeks and his wife Simone-Marie Meeks. Rep. Meeks is backing his congressional aide, Brian Simon, instead of his wife for the City Council seat being vacated by Leroy Comrie because of term limits. The seat for the 27th District represents parts of southeast Queens and Comrie started the movement to ban the N-word and was threatened by Viola Plummer.

Mrs. Meeks, who is an aide to Nassau County Executive Tom Suozzi, is not discouraged, telling the Daily News:

"I still don't know if my husband is supporting me or not, but it doesn't matter to me. We have disagreed before and this is just another disagreement. I am past the anger now. I was amazed and angry, angry, angry initially, but I am over it. I have been his partner in good times and bad times and I am sure he loves me. I know our marriage will survive even if he doesn't support me."

Simone-Marie Meeks has reportedly been interested in politics since childhood and has already started a committee to start raising money. We wonder if Congressman Meeks will share his contact list with his wife or let Simon speak negatively about her during the campaign.