Congressional Primary Day Is Today, Not That Anyone Gives A Damn

There are a number of significant Congressional primary contests today, and these will most likely be decided by a tiny number of voters capable of remembering that the primary was moved to June. Analysts are predicting record low turnouts in primary elections for House seats today, in part because many regular voters of a certain age are so accustomed to voting in September. But primary day was bumped to June by a federal court, to ensure that military personnel voting via absentee ballots are not disenfranchised. Did you forget to vote this morning? If you're a registered Democrat or Republican, it's not too late!

Entering your address on this website shows you where your polling place is, and this website shows you what Congressional district you're living in. (And here's a cool map highlighting differences between eligible voters by district and overall population counts.) Polls are open until 9 p.m. This year, Rep. Nydia Velázquez (D), who represents the 12th District (parts of Williamsburg, the LES, the East Village, and Queens), faces a challenge from Councilman Erik Dilan (he of the elevator regulation bill). 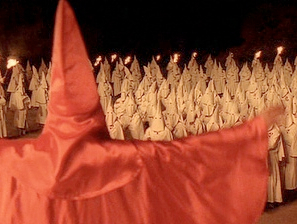 In the recently redrawn 8th District, State assemblyman Hakeem Jeffries is facing off against New York City councilor Charles Barron, who recently won a dubious endorsement from former KKK Grand Wizard David Duke. Jeffries has the backing of Governor Cuomo and Senator Charles Schumer, but Barron also has the endorsement of retiring Rep. Ed Towns, whom he would replace. Because the district is so heavily Democratic, it's assumed that whoever wins the primary will be the next Congressman.

In the 13th Congressional District, Rep. Charles Rangel is facing a tough challenge from State Senator Adriano D. Espaillat as well as four others. Rangel is seen as vulnerable in part because of the cloud of corruption that hovers over him, and also because his Harlem-area district that now has more Latino-Americans than African-Americans. Again, the lack of voter turnout on the first June primary since 1973 makes this difficult to predict. "We don't know who will turn out beyond people that would normally turn out for Charlie Rangel through organizations that he's used forever," one Democratic strategist tells CNN. "How could he lose? If none of the people show up who want to keep it a Harlem-based district."

And on the Republican side, there's a tough three-way statewide battle to decide who will challenge Democratic Senator Kirsten Gillibrand. And Queens Rep. Bob Turner, who won Anthony Weiner’s House seat in a special election last year, is facing a challenge from Wendy Long, a conservative legal scholar who clerked for Supreme Court Justice Clarence Thomas, and Nassau County Comptroller George Maragos. According to the Wall Street Journal, only 7 percent of New York State Republican voters went to the polls in April's presidential primary, and with this one moved to June, turnout is expected to be even lower.