Federal prosecutors have dropped charges against all but one former employees of the male escort website Rentboy. The court filings dismissing the charges against six of the codefendants, all but CEO Jeffrey Hurant, are an about-face for the Brooklyn U.S. Attorney's Office, which faced a wave of criticism for the prosecutions when Department of Homeland Security agents and NYPD cops raided the company's Union Square office back in August. Activists and columnists called the crackdown reminiscent of gay-club raids of decades ago and questioned why, after 18 years in business with the name Rentboy.com, the site that facilitated sex workers' appointments with clients was suddenly a threat to national security.

A spokeswoman for the U.S. Attorney's Office for the Eastern District of New York declined to comment on why the charges were dropped. The filings were dated last Friday, but made public this Wednesday.

She said that the dropping of the charges came with no strings attached, and that she believes prosecutors determined Estanol had no useful information to offer. He went into the job that he held for a few years as one would approach any other business, she said.

"He went to work for a company that’s been around 20 years," she said. "He had no reason to think there was anything inappropriate about it."

"Today is a wonderful day," Deborah Colson, lawyer for cleared defendant Michael Sean Belman told Newsday. "Mr. Belman is thrilled with the outcome and looks forward to moving on with his life."

Belman, better known as Sean Van Sant, was the site's marketing director. Speaking to the Village Voice's Michael Musto in 2012, Belman explained how the site's escort advertisers ostensibly remained within the law:

"We say the escorts are selling their time only. What happens between you and the escort is up to you. That's the way it's considered legal."

The feds said that the site drew 500,000 views daily and grossed $10 million over the last five years. In an initial criminal complaint, prosecutors outlined in lurid detail how advertisers listed their sexual preferences, requirements regarding condom use, and hourly rates. Between the site's name, its annual "Hookies" award show, and Hurant's "thecyberpimp" Twitter handle, it was clear to even the most casual observer what purpose the company served, but at protests and in articles blasting the prosecution, critics, including many active and former sex workers, noted that prosecutors made no claim that Rentboy victimized anyone. To the contrary, they said, it "put pimps out of business!" 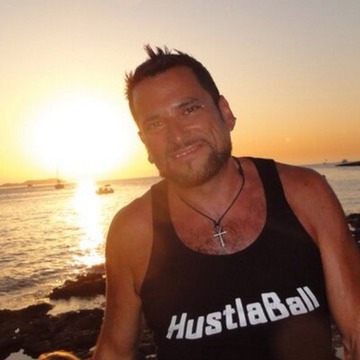 The defendants' court dates were delayed for months until January, when only Hurant was indicted on money laundering and promoting prostitution charges. The updated prosecutor narrative underpinning his charge seemed to respond to the criticism, making no mention of the procedural details of gay sex, but including allusions to human trafficking and underage advertisers. Still, Hurant is not charged with facilitating any coercion.

He has pleaded not guilty.

A lawyer for Hurant told the New York Times, "Mr. Hurant did not commit a crime. It makes no sense to single him out for prosecution."

Plea deals in which defendants cooperate with the government against codefendants typically require guilty pleas, with sentencing put off until the cooperation is complete, so it does not appear that Hurant's former coworkers are being compelled to testify against him. Those whose charges were dropped also include the site's former chief operating officer, ad salespeople, and accountant.

The Justice Department's seizure of the Rentboy URL did not, of course, stamp out the sale of sex globally or in the U.S. Sex workers we spoke to last year said it has driven male and trans sex workers into more dangerous corners, including the street and sites he said have less scrupulous clientele, such as Backpage.

Just to get an idea of what's coming :) https://t.co/otmwBSSIcf pic.twitter.com/kAOyo7Z8X0

On Twitter, a new site called Rentboys.us is promoting itself in an apparent bid to fill the market vacuum for a specifically gay male-oriented escort site. Reached by phone, a consultant for the site who asked to be referred to as John Smith said that the launch is currently planned for March 1st, though that could change.

He said that the site's owners would like to remain anonymous, but that "the site when it's up will be fairly self-explanatory."

"We'll be doing what any other escort site is doing," he said. "We plan on following the law, no different from the legal ones that are up now."

Smith said that the Rentboy arrests sent ripples through the industry, and that no one fully understands why the site was singled out.

"If their goal was to shut down homosexual escort sites, they would have shut down more than one," he said. "That’s the question right there...It’s just really confusing."