Confirmed: Yesterday Was Freezing (For August) 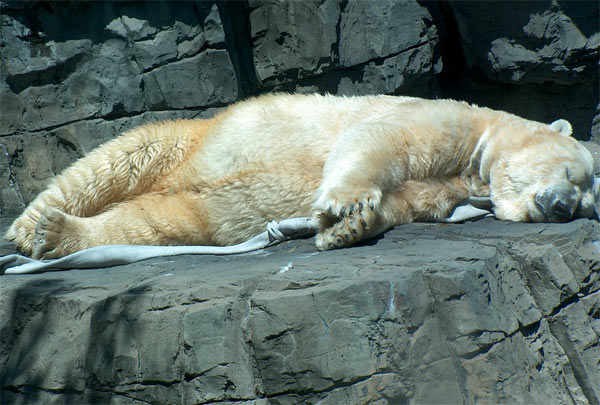 As you shivered your way to work, you can at least be reassured that yesterday was the coldest August day since 1911 (when subways cost a nickel!). Yesterday's high was 59 degrees, taking the mantle of coldest August 21 ever.

WCBS 2 meteorologist Jason Cali explained, "This unusual blast of cold air smashed our previous record for the coldest high temperature on August 21, which is 64 degrees, set back in 1999." For reference, the normal high for yesterday was 82, the normal low 67; yesterday's weather was more similar to October patterns.

Overall, August is cooler than usual - the Daily News reports the month is about 1 degree below average so far. We'll await more details from Gothamist Weather.

Photograph of a creature who probably enjoyed yesterday's chill, a Central Park Zoo polar bear, by juanamarie33 on Flickr