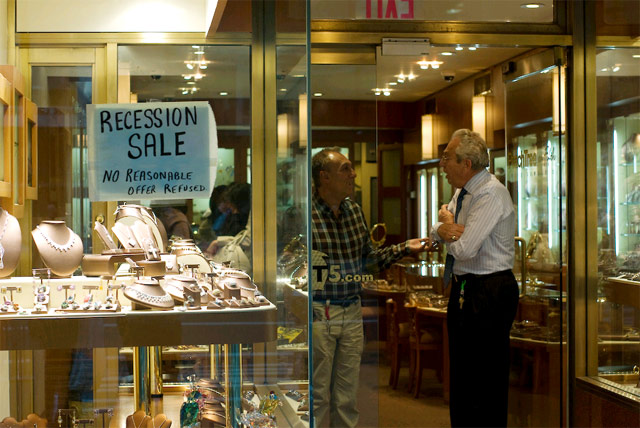 The private research organization the National Board of Economic Research says its economists have confirmed the U.S. is in a recession--and has been in on since December 2007. The Daily News adds, "What will they tell us next - that oxygen is good for the lungs?!"

You can read the full text of the NBER statement here, but here's an excerpt:

The committee determined that a peak in economic activity occurred in the U.S. economy in December 2007. The peak marks the end of the expansion that began in November 2001 and the beginning of a recession. The expansion lasted 73 months; the previous expansion of the 1990s lasted 120 months.

CNN Money has a graphic

showing the length of previous recessions: The July 1990-March 1991 recession lasted 8 months, as did the March 2001-Nov. 2001 one, but the 1981-1982 recession lasted 16 months. And the White House, which has avoided using the term recession, said about the news, "What's important is what is being done about it. The most important things we can do for the economy right now are to return the financial and credit markets to normal, and to continue to make progress in housing, and that's where we'll continue to focus."

#business
#economy
#employment
#National Board of Economic Research
#recession
Do you know the scoop? Comment below or Send us a Tip