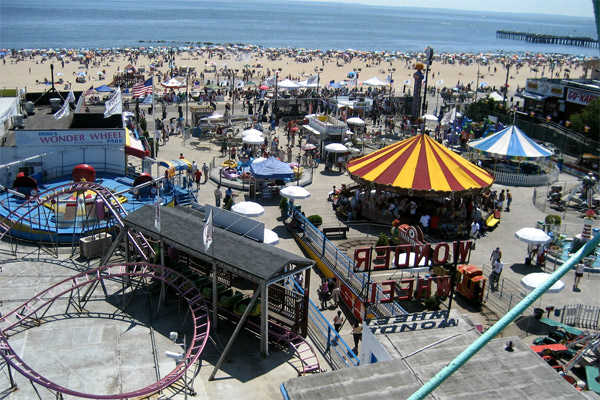 A safety bar on Coney Island's Polar Express ride broke, causing a 15-year-old girl to be thrown from the ride. Lanique Watts was knocked unconscious (but regained consciousness by the time she got to the hospital), and one witness told the Daily News, "She fell out the car and just rolled down the hill. Everyone started panicking. It looked pretty bad. She was bleeding." She added that a worker had checked all the safety bars before the ride.

The Polar Express ride consists of cars going up and down slopes, and at the time of the accident, the ride was in reverse. It's unclear what may have caused the accident (the News describes Watts as "heavyset," but, still, you'd want the safety bar to be very sturdy). The Department of Buildings shut down the ride, which will be closed through the weekend until the DOB finishes its investigation.

The Post reports there were no accidents on the Polar Express last year. Watts was taken to Lutheran with an injury to her head, as well as neck and leg pain. She is in stable condition.

Photograph of Coney Island amusements by wallyg on Flickr