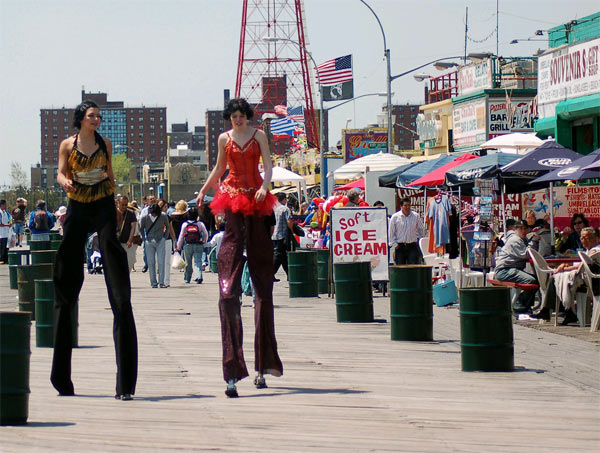 There is a silver lining to all the talk of Coney Island redevelopment. With everyone worrying whether this may (or may not) be the last season of the Coney Island we all know and love, people are making sure to head there and enjoy it while it lasts! The Post reports that 11 of 12 businesses it surveyed have been doing great business.

Astroland is up 5% while Wonder Wheel Park is up 15%. Coney Island Museum and Circus Sideshow's Dick Zigun says business is up 33%, thanks to "part beautiful weather and part people having the wrong impression that Coney Island is closing down after this summer." For some reason, Shoot the Freak is down by 40%.

Last month, Thor Equities, who plans to transform Coney Island as part of a billion-dollar redevelopment plan, presented new plans (less condos, more hotels), though it's unclear the plans will get city approval. Last week, Brooklyn Daily Eagle reported that Thor bought Wonder Wheel land, though not the land under the Wonder Wheel itself. And in April, Thor said that Astroland may stay open beyond the 2007 season.