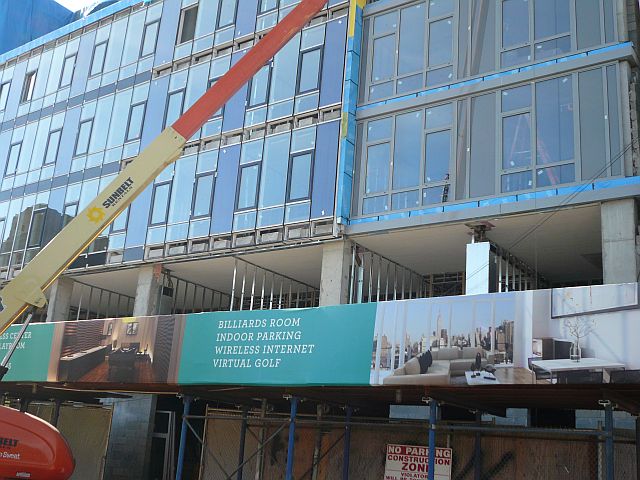 When the Bloomberg administration successfully rezoned large parts of Williamsburg and Brooklyn three years ago to facilitate the construction of massive housing condos, the deal came with a promise to deliver lots of new park space. But while the luxury residential buildings are going up, the parks have remained a pipe dream. And local City Councilman David Yassky tells the Post he’s “sickened” that the Bloomberg administration has made “almost zero progress on the parks.”

Parks Department spokesman Philip Abramson says the delays are due to unanticipated increases in project costs, inflicted in part by the environmental cleanup necessary for the post-industrial area. But Evan Thies, environmental committee chairman of Brooklyn Community Board 1 in Greenpoint-Williamsburg, warns that if they don’t fund and begin all the promised projects before Bloomberg leaves office, the parks could fall victim to budget cuts under the next administration.

If that comes to pass, the only hope for green space will be from the condo developers, who are slowly building a two-mile-wide esplanade as part of the rezoning deal. And Magic Johnson’s Viridian in Greenpoint, pictured above, will have plenty of private green. First of all, it’s named for a greenish pigment (it’s on Green Street). And it will have a putting green on the roof! Other amenities include an indoor pool, virtual golf, billiards room, and a courtyard reflecting pond where tenants can gather to reflect on the vastness of their own immeasurable self worth.