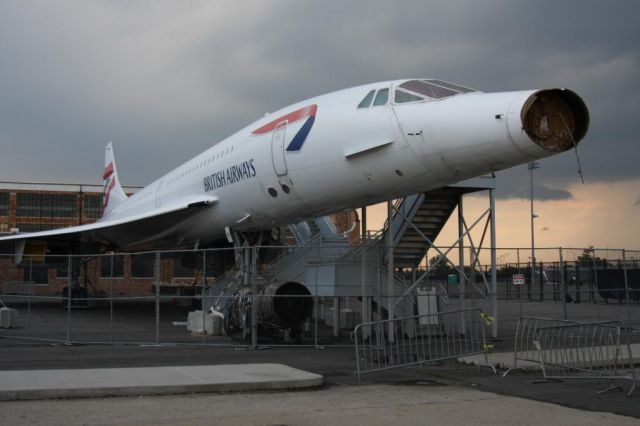 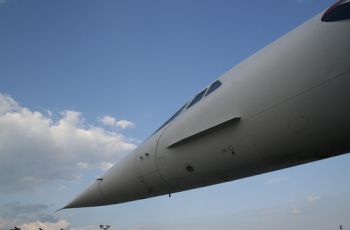 The supersonic Concorde jet that spent 30 years flying fiercely through the skies went unharmed until retiring in Brooklyn, where the president of the foundation that operates the Intrepid Sea, Air & Space Museum, Bill White, was charged with overseeing its care. After just two years in the borough, The NY Times reports it got it's signature needle-shaped nose taken off by a truck.

A Concorde that is owned by a British airline, was hit by a truck that was hauling equipment from a Jamaican music and soccer festival. The truck clipped the distinctive nose cone off the parked Anglo-French jet about 3 a.m. last Monday, prompting an impassioned uproar among the jet’s band of enthusiasts.

The nose, of course, is the most physically dominant part of the jet, and is what makes it distinctive from others; The Times notes that it can be lowered to 12.5 degrees to help with takeoffs and landings. Concorde fans have united and blamed New York for the carelessness; when the jet had to leave the Intrepid, White housed it at Aviator Sports at Floyd Bennett Field in Brooklyn for $15K/month.

Whether it was carelessness or accidental, the big question now is: who will pay for the pricey nose job? The replacement part will have to come from a collector, and White says the Aviator Sports insurance policy will have to cover it (the complex doesn't seem to be certain about that). One thing is for certain, British Airways has laid down the law and wants the jet be fixed and returned to the pier by year's end -- a trip that will cost around $250K. Is the Intrepid, and everything it touches, cursed? More info on the busted nose can be found here.