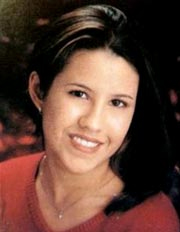 The New York Post reports that concerns have been raised about a possible lack of strength in the murder case against former bar bouncer Darryl Littlejohn, who was indicted for the abduction and killing of grad student Imette St. Guillen 18 months ago. The victim disappeared from the SoHo bar The Falls after a night of drinking, and her body was found the next day dumped alongside a road in Brooklyn. Police say that she had been brutally raped and suffocated to death with a tube sock stuffed down her throat. Littlejohn was arrested and indicted after carpet fibers found on the packing tape that bound St. Guillen matched carpeting in Littlejohn's home.

A year and a half after Littlejohn's indictment, cops and legal experts are puzzled about the lack of courtroom progress in St. Guillen's murder case. Littlejohn will soon be tried for a kidnapping in Queens. The Post quotes a Brooklyn homicide detective who said that it doesn't make sense to try a suspect on a lesser charge when he is facing a murder rap in a different borough. A criminal justice professor at Fordham Law concurred, saying that an especially heinous and high-profile murder case would usually take precedence.

The concern is that the murder case against Darryl Littlejohn might be particularly weak. Also, there is a statute of limitations on the kidnapping charges he faces in Queens, while he could be held accountable for St. Guillen's murder indefinitely.