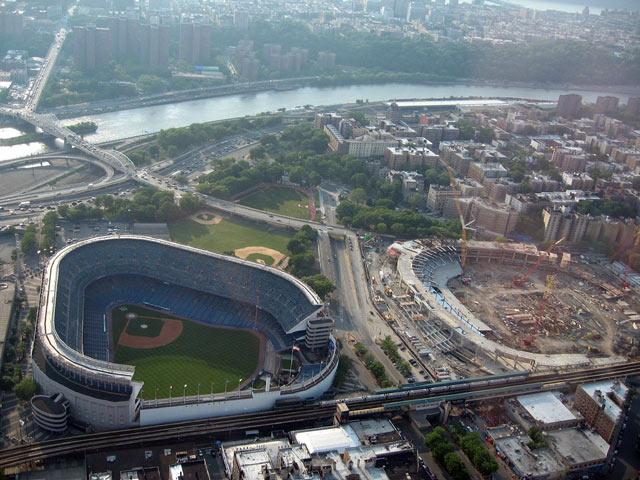 While many people are excited about the opening of the new Yankee Stadium, many residents who live near the stadium have been unhappy about the delays in replacing the park land used for the new venue. According to the NY Times, costs to reate eight smaller parks have escalated to almost twice the $95 million budget to $174 million--and construction of many have not yet started.

A total of 20.8 acres of parkland was taken from the area--continuous green space from Macombs Dam and Mullaly Parks--for the new stadium; in return, the community gets eight smaller parks, which residents thought was a bum deal, because it spread the facilities further away and cut down 400 mature trees. While the Parks Department did create a "temporary replacement park on a parking lot in the area," a resident sniffed, "We’ve lost our biggest park, and what we’ve been reduced to is this parking lot." 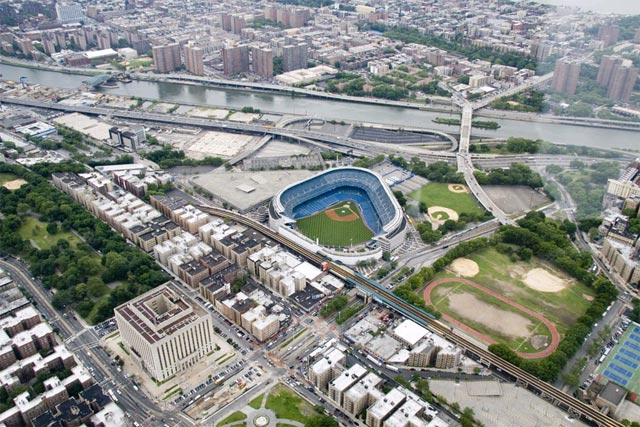 The cost increases and delays are a result of higher than projected construction costs as well as surprises, like oil barrels under one of the planned park sites, and officials consider the project "on schedule." However, New Yorkers For Parks executive director Christian diPalermo said, "The Yankees couldn’t miss a season, but it was O.K. for the community to miss five years of parkland and be shut out of a community benefits agreement.”

More about the Yankees-park land swap at Gotham Gazette.