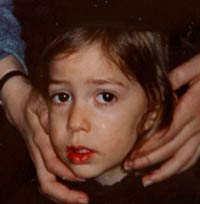 Residents at the Wythe-Taylor Houses in South Williamsburg are sad and angry about the death of 5-year-old Jacob Neuman, who fell ten stories down an elevator shaft yesterday morning. Residents at the buildings--which are operated by the city's Housing Authority--had complained about the elevators, which had many problems, numerous times.

The Post and Daily News have diagrams of what happened: Jacob and his 8-year-old brother were in the elevator when it stopped between the 10th and 11th floors. Jacob jumped out and landed on the 10th floor, but then fell through the space under the elevator cab and into the shaft. His brother Israel reportedly yelled, "My brother! My brother!" and was hysterical after the incident, "I couldn’t grab my brother. I couldn’t grab my brother."

He was pronounced dead at Brooklyn Hospital. In keeping with his faith, he was buried later that day; the NY Times reported that Rabbi Mendel Teitelbaum wept while saying, This is not the nature of the world, that young children should die before their parents and grandparents.”

The Brooklyn DA's office has opened an investigation. The elevators were scheduled to be modernized in 2004, but, due to federal funding cutbacks, the plans were put off many times. Currently, the elevators are supposed to be fixed next year. The president of Teamsters Local 237, Gregry Floyd, said it was a tragedy, “We’re not going to say that if Nycha was funded properly this would have been prevented. What we will say is that the federal government has not lived up to its promise to fund public housing.”

#brooklyn
#child fatality
#elevator shaft
#Wythe-Taylor Houses
Do you know the scoop? Comment below or Send us a Tip