Community Group Members Question Cops, Only to Get Arrested and Pepper-Sprayed 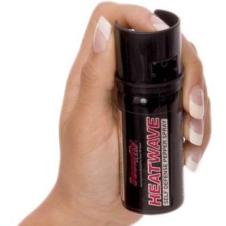 We received an email alert from the Sylvia Rivera Law Project about a clash between the SRLP and police officers last night in the East Village. Here is an excerpt of the SRLP's account:

On the night of Wednesday, September 26, officers from the 9th Precinct of the New York Police Department attacked without provocation members of the Sylvia Rivera Law Project and of its community. Two of our community members were violently arrested, and others were pepper sprayed in the face without warning or cause.

The Sylvia Rivera Law Project is an organization that works on behalf of low-income people of color who are transgender, gender non-conforming, or intersex, providing free legal services and advocacy among many other initiatives. On Wednesday night, the Sylvia Rivera Law Project was celebrating its fifth anniversary with a celebration and fundraising event at a bar in the East Village.

A group of our community members, consisting largely of queer and transgender people of color, witnessed two officers attempting to detain a young Black man outside of the bar. Several of our community members asked the officers why they were making the arrest and using excessive force. Despite the fact that our community was on the sidewalk, gathered peacefully and not obstructing foot traffic, the NYPD chose to forcefully grab two people and arrested them. Without warning, an officer then sprayed pepper spray across the group in a wide arc, temporarily blinding many and causing vomiting and intense pain.

The incident occurred on Bowery, outside the M&R Bar, between 3rd and 4th Streets. Related: The NYPD's arrest of Reverend Billy for "obnoxiously" reciting the First Amendment a few feet away from cops.

We called the NYPD for comment/their story, but we were told it was busy there and that we should call back later.