A comedian is furious after he unknowingly rented out his Manhattan apartment on AirBNB to an orgy—and he fears he will be evicted now. "I've got to move," comedian Ari Teman told us. "We don't think it's safe here now given 50 pimps and prostitutes know the address and might be upset at getting caught. Plus, it just feels disgusting to be here right now." 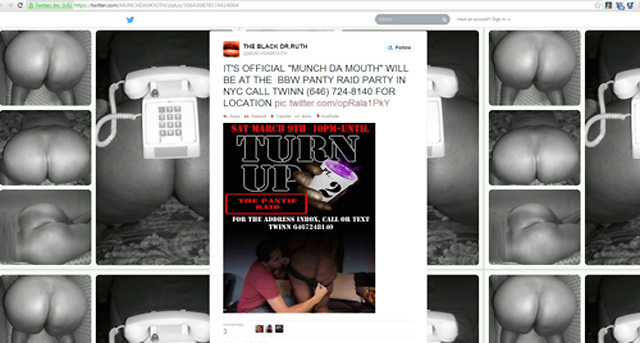 Teman says there are "over $87,076 in losses" because of the party—that includes a broken sofa, bed, torn lamp, coffee table, drum set, and a Fender guitar. In addition, his clothing was mysteriously wet ("I don’t even want to know how it’s wet," he noted), plus condoms and liquor lying around. But even worse, he can't look his fellow tenants in the eye anymore, and his super wants to evict him. Teman wrote in an impassioned Tumblr post:

I enjoy a “Festival” as much as the next fellow, but this is a family building and some people don’t enjoy having their neighbor’s worldly possessions tossed in a pile into the common area, while a group of strangers form a pile to have their private areas tossed. As such, I’m going to be evicted.

We got no answer when we called the number for "TWINN" listed above, but Gawker says they got through and spoke with a man who identified himself as "David." He insisted that he did nothing wrong, there was no party, and anyway, his rental agreement with Teman stated that he could have up to 50 guests (a claim Teman disputes).

@Airbnb take your time. It's only a disgusting, illegal, dangerous sex ring you put into my home with my address and keys. Brian, call me.

Teman was understandably angry at AirBNB, but he says they've been very receptive since he initially contacted them and wrote the post, wiring him $23,817 and sending someone to change his locks: "AirBNB has been in contact every day. Their staff has been helpful," Teman told us. "AirBNB is putting me in a hotel for a week."

Over 11 million guests have had a safe and positive experience on Airbnb and problems for hosts and guests are incredibly rare, but when they happen, we try to help make things right. We were appalled when we learned about this incident and we took immediate action to help this host. The individual who rented this space has been permanently removed from our site. We've reimbursed the host for damages to his apartment and ensured he has a new place to stay. In the days ahead, we'll continue to work with the host to assist him with his additional needs and we will work cooperatively with any law enforcement agencies that investigate this matter.