Comcast To NYers: C'mon Guys, This TWC Merger Is Gonna Be Great!

The Comcast/Time Warner Cable merger that's expected to turn internet installation into an even darker Kafkaesque nightmare has hit a few snags of late, with the FCC recently resetting its "shot clock" on the proposed merger's review. Yesterday, Comcast representatives did their best to turn on the charm in front of a skeptical gang of elected officials, hawking all the cool jobs and faster internets and helping of the poors this merger's gonna do. MONORAIL!Needless to say, not everyone's buying it, but Kabletown may still prevail...

Comcast spokespeople Mark Reilly and Brett Perkins testified in favor of the $45 billion merger at a hearing in Midtown today, hosted by Public Advocate Letitia James. Both argued that the merger would offer New Yorkers "better, more reliable services" than the ones currently offered by Time Warner Cable, not like that could take much effort. Reilly pointed out that the deal "will combine the best of the two companies' voice products," allow Comcast to upgrade TWC's internet to an all-digital format, increase internet speeds, expand the city's WiFi reach and contribute significantly to job growth citywide.

All of this sounds good, of course, but the elected officials at the hearing didn't seem to be buying it. James was joined by Manhattan Borough President Gale Brewer and City Council Member Ben Kallos, both of whom cosigned a letter with the Public Advocate in October laying out certain conditions for the merger. These conditions include supplying New York City Housing Authority residents with free broadband, providing free Wi-Fi service in public parks, and offering broadband at senior, youth and community centers and homeless and domestic violence shelters.

Though Comcast claims their aim is to "close the digital divide," they have not officially agreed to these conditions, something MBP Brewer didn't seem thrilled about. "Just because you say it doesn't mean you're going to cut the digital divide," Brewer said. "All the things we're talking about today would be a handshake and not an agreement." 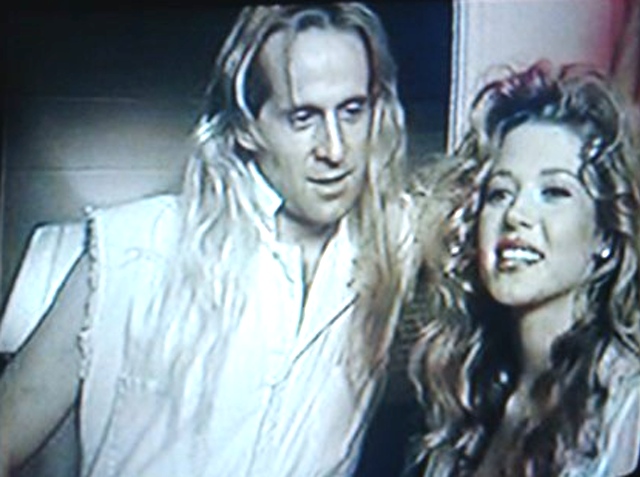 (He fixes the cable)

And there's something else at stake here, too. Brewer, Kallos and James want Comcast to comply with the current net neutrality rules that prohibit internet service providers from charging websites in exchange for faster streaming speeds. The company has agreed to comply with the FCC's present regulations until 2018. But the FCC is looking to kill the open internet as they mull over a new set of regulations, and it doesn't look like Comcast will work hard to preserve the democratic World Wide Web. "We're prepared to abide by the new FCC rules," Reilly said today.

Note that this is a company that was accused of slowing download speeds at Netflix, a company whose online streaming service poses a threat to the pricey cable over at Comcast. Earlier this year, Netflix agreed to pay Comcast for faster, better service.

"Companies like yours have committed real net neutrality violations in the past, and I'm sorry, we don't forget that," Brewer said, delving into the Netflix drama and questioning Comcast's purported dedication to preserving net neutrality. "To be honest with you, these are the things we've been hearing in New York."

Reilly denied that Comcast was "throttling" Netflix, but did confirm the pay-for-service deal. "This is one of over 8,000 different commercial arrangements that we've got, and it's working, it's a mutual agreement with the parties. We don't see any reason to cease having that arrangement," he said, to which Kallos replied simply, "Net neutrality."

Columbia Law School professor and former Lieutenant Governor candidate Tim Wu, who coined the phrase "net neutrality" back in 2003, also testified against the merger. "Comcast is fighting hard against the rules which they're purporting to want to live by," he said, noting that the company would probably go along with the FCC Chairman once net neutrality is dead. "They would like to defend the cable model, where you pay for the 200 channels. They don't want people core-cutting and just becoming internet users. To keep people paying their $150 dollars per month, and maybe paying more, they can't have people quitting cable. And that means they have to make the Internet competitors to cable TV lousy, no good, never quite as good. That's really what the game is here."

And while some proponents of the TWC/Comcast merger have argued that the deal will improve broadband and make the internet more accessible for low-income individuals—an argument Mayor de Blasio has disagreed with in the past—Wu pointed out what anyone who's magically had their Comcast bill jacked up $100/month already knows. "We know for sure that Comcast will raise prices. Comcast has consistently charged more for less than any other cable company," he said, hammering home how much the merger will bash the middle class.

And it gets worse, according to Wu: "Comcast will raise the prices of services like Netflix and Vimeo, which are competitors to cable. Comcast has no interest in seeing online TV take off."

So, the middle class will probably get screwed by the merger, low-income New Yorkers might get screwed by the merger, and media and tech companies, a few of whom testified against the deal today, will definitely get screwed. "Both [media and tech industries], when not afraid to say it, are deeply opposed to this merger," Wu said. On the bright side, jobs? Sadly, those jobs mean being employed by the Worst Company in America, but at least you'll get to berate customers on the phone for a living.