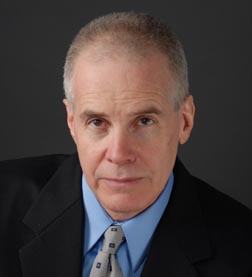 Not content with suing Manhattan nightclubs for discriminating against men on Ladies’ Night, or suing the federal government over the “unconstitutional” Violence Against Women Act, lawyer provocateur Roy Den Hollander has filed a class-action lawsuit against Columbia University for offering women’s studies courses. Hollander says the lawsuit at last completes his blockbuster “trilogy of antifeminist lawsuits,”according to City Room. A rumored prequel has him suing the Gynecological & Obstetrical Society for refusing to give him a Pap smear.

Den Hollander guy sure knows how to charm the ladies; you’ll recall that last summer the New Yorker spent a night out with the divorcee, who explained his life mission: “What I’m trying to do now in my later years is fight everybody who violates my rights… the Feminazis have infiltrated institutions, and there’s been a transfer of rights from guys to girls.” Hence the Columbia lawsuit, in which Den Hollander maintains that the university should not be using government aid to preach a “religionist belief system called feminism.”

The suit goes on to call women’s studies programs “a bastion of bigotry against men… [that] demonizes men and exalts women in order to justify discrimination against men based on collective guilt. Columbia has thrown its influence and prestige into violating the rights of men by offering a women’s studies program but no men’s studies program… spreading prejudice and fostering animosity and distrust toward men with the result of the wholesale violation of men’s rights due to ignorance, falsehoods and malice.” The whole pdf of the complaint can be scoffed at here. And the first two episodes in Den Hollander’s Fem Wars are also still pending in court; you can join the resistance and "help battle the infringement of Men’s Rights by the feminists and their allies” by contacting Den Hollander at his website. Courage!

#anti-feminist
#columbia
#lawsuit
#roy den hollander
#university
#women's studies
Do you know the scoop? Comment below or Send us a Tip