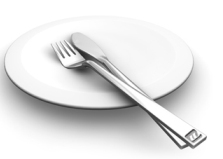 Six anonymous students at Columbia University have gone on a hunger strike to protest the administration's attitude and position on a number of issues, including Columbia's plans for West Harlem/Manhatanville, a series of hate crimes on campus and lack of an ethnic studies program.

The recent acts of hate on this campus have lent urgency to a long-existing effort to address this university’s climate of marginalization. Furthermore, we coordinate our efforts around the City Planning’s decision on Columbia’s rezoning proposal for West Harlem, which is due in less than two months. Lastly, we act in solidarity with the students that recently mobilized around the Jena Six case, which we see as a larger struggle against racism and injustice.

One of the strikers spoke to Bwog and noted the Columbia president Lee Bollinger has "walked out on meetings with students. He has rolled eyes at students. It is really quite disgusting." However, one Bwog commenter raised an interesting point, "Anonymity is giving this a level of abstraction that really isn't helping the strikers, especially since a hunger strike uses literal, physical debilitation as a means of making a statement." But the strikers have made themselves known to Columbia's health services, who will be checking on them everyday.

And last night, Bollinger discussed the controversial Manhattanville plans at a Municipal Arts Society event. When Bollinger acknowledged the plans "have a long way to go," the Columbia Spectator reported a heckler yelled, "A long, long way to go!”