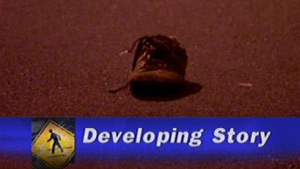 A 24-year-old Columbia University student studying late at the library Friday evening is in critical condition at St. Luke's Hospital in Manhattan after his bid to escape a pair of muggers ended in serious injury under the wheels of a Jeep. According to WABC News, the student had just left the library on Columbia's Morningside Heights campus and was waiting for a bus around 9 p.m., when he was approached by two young men. It's unclear whether the student was mugged or already mugged, when he fled into the street near 120th and Broadway.

The student was struck by a driver in an SUV, who stopped at the scene of the accident while the alleged muggers fled on foot. The unnamed victim suffered serious head trauma when he was struck by the vehicle. Police are searching for the two assailants, who were described as black males in their late teens.

The death of the teaching fellowing occurred virtually on the two-year anniversary of a similar incident in the same neighborhood. John Broderick Hehman was a junior at NYU when he was chased into traffic after being attacked in Harlem. He was struck by a car at 125th St. and Park Ave. and eventually died. Four teens aged 13 to 15 years old were eventually arrested in Hehman's death and there was some dispute about whether it was a hate crime or gadget envy that motivated his attackers.

UPDATE:Ming-Hui Yu, who was struck by the Jeep while fleeing two muggers who were punching and kicking him after he refused to surrender his belongings, died from his injuries. The car that struck him sent the man flying 30 feet through the air, and a witness described the scene to the Daily News as horrific. "The guy's body was twisted like a pretzel." The victim was a teaching fellow at the university, who taught statistics.

#columbia university
#head trauma
#jeep
#manhattan
#morningside heights
#mugged
#Student
#suv
Do you know the scoop? Comment below or Send us a Tip