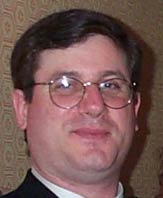 A political science professor at Columbia University was charged with incest earlier today. According to the Daily News, court papers allege that David Epstein, 46, "bedded the young woman over a three-year period ending in 2009." And the NYPD told the Columbia Spectator that the young woman in question was his 24-year-old daughter.

The Spec adds, "He was arrested yesterday at 11 a.m. and charged with one count of incest in the third degree. According to police, the relationship appears to have been consensual." And the News' sources say "the victim was over 18 when the relationship began in 2006 and that the two often exchanged twisted text messages."

Epstein is a popular teacher who is married to another political science professor. A tipster told Bwog that his wife "works across the hall as Epstein and was speaking to a private investigator in or near her office yesterday," while a student of Epstein's described him as "a very nice guy," with "pictures drawn by his children" in his office.

Epstein's lawyer told the Spec, “David is a respected member of the Columbia University and national academic communities and we think he deserves privacy and respect while the investigators are investigating. We are asking people to remember that these allegations are nothing more than allegations… We’re asking his friends in the Columbia community to support him and give him the benefit of the doubt." And Columbia spokesman Robert Hornsby, whose had a busy week, given the arrests of five Columbia students on drug-related charges, said, "While we cannot comment on matters within the criminal justice system, we can confirm that the faculty member is now on administrative leave and will not be teaching students."

Epstein was released on his own recognizance.

#columbia university
#David Epstein
#incest
Do you know the scoop? Comment below or Send us a Tip