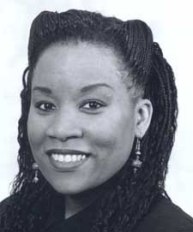 After a year-plus long investigation, Columbia Teachers College has sanctioned a professor for plagiarism. And the professor happens to be Madonna Constantine, the professor who found a noose on her office door last fall.

The Columbia Spectator got confirmation that the Teachers' College “found numerous instances in which she [Constantine] used others’ work without attribution in papers she published in academic journals over the past five years: "Prompted by complaints from students and one former faculty member" that Constantine used their language without attribution, TC retained a law firm which "concluded that Professor Constantine’s explanation for the strikingly similar language was not credible.”

Constantine says the investigation is "biased and flawed". Her lawyer told CityRoom Constantine is actually the victim of plagiarism, “all of that was ignored, and there was this rush to judgment that was unbelievable.” The professor of psychology and education specializes in "Cultural competence...Mental health issues of people of color...Vocational issues of adolescents and college students of color" and will have an opportunity to appeal.

Students are shocked, with one telling the Spec, “Is this where our tuition dollars are going? Toward the investigation of a woman whose words of insight and provocative thoughts have progressed the academic battle toward social justice? I honestly don’t understand the priorities here anymore when I see the good guys under siege.”

And at the time of hate crime investigation, it was revealed another professor had issues with Constantine. Constantine eventually filed defamation suit against Luthar in early 2007. Luthar was ruled out as a suspect and the investigation into the noose incident is still open. But now it appears the defamation suit was spurred by the plagiarism investigation - Luthar brought questions about Constantine's work to the attention of TC administration in 2006.