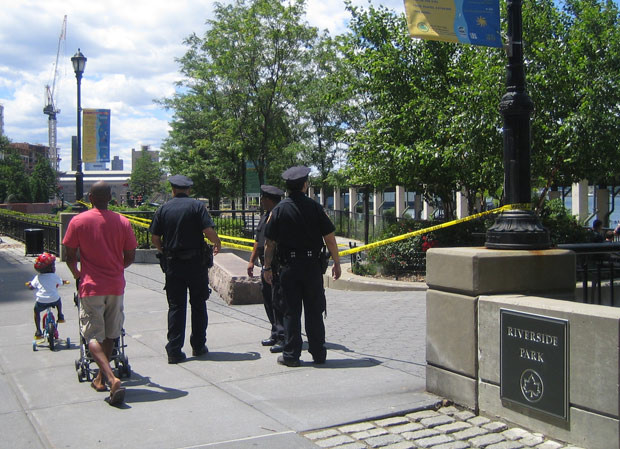 Given the suspected terrorist activity across the Atlantic in Britain and Scotland, New York City has been on the look out for suspicious activity. Yesterday, there were two incidents that brought increased police attention - as well as a partial evacuation of JFK and closing down part of Riverside Park. Now it turns out the strange package and abandoned vehicles were harmless.

A lone package left outside Terminal 9 around 10:20AM at Kennedy turned out to contain cologne. The Port Authority's spokesman Steve Coleman said, "We handle these all the same, with the utmost caution." Flights were not disrupted.

And at Riverside Park South, around West 68th Street under the West Side Highway, an abandoned vehicle with hazardous materials signs was inspected by the NYPD's Hazmat team. The Times reports the police brought a robot that "searched under the truck and cameras that they snaked into drainage pipes nearby," but it turned out the vehicle just held brooms and cleaning supplies. Riverside Park was closed for a few hours until the police towed the truck away. One resident told the Daily News, "I don't think [the police are] overreacting at all."