Coke, Weapons, And $1.6 Million In Cash Seized From Apartment Near Horace Mann

The Drug Enforcement Administration today announced the indictment of a Bronx man accused of housing 31 kilograms of cocaine, $1.6 million in cash and two loaded semi-automatic pistols in his apartment just a few feet away from the highly elite prep school Horace Mann.

30-year-old Juan Rojas has been held without bail since he was arrested at his Fieldston Terrace apartment on September 26, where investigators found the cocaine wrapped in cellophane and hidden in a bedroom closet. The DEA notes that some of the kilos were covered in grease, a common tactic used by traffickers to foil the noses of drug-sniffing dogs. Because nothing says "Nothing to see here!" like a bucket full of grease stashed in a closet. An additional 5-gallon tub of grease was also found on the premises. Here's a disgusting photo! 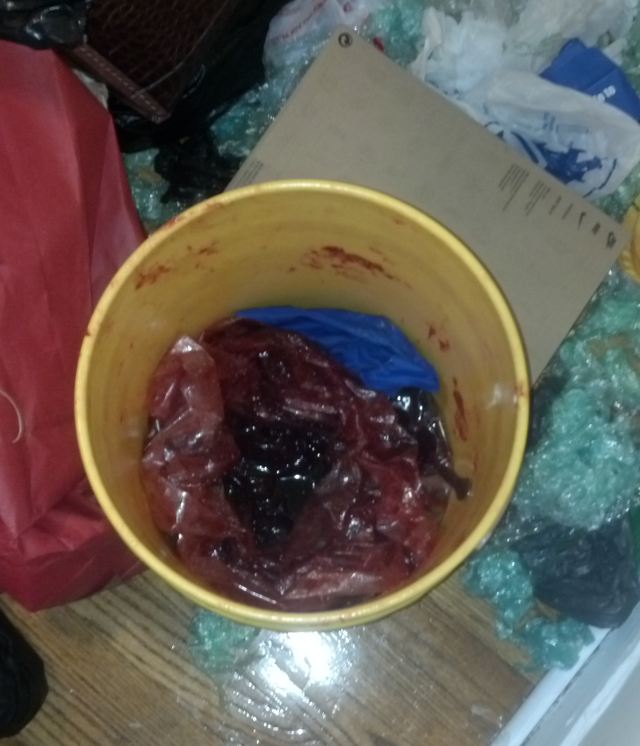 Investigators think that Rojas was trafficking around 50 kilos of coke each month, with each kilo worth roughly $50,000. The $1.6 million was found stuffed in bags in various closets around the house. The two firearms were found under a bed, and investigators also seized a money counter, scales and drug ledgers.