Clubbing May Have Led to Murder for Brooklyn Woman 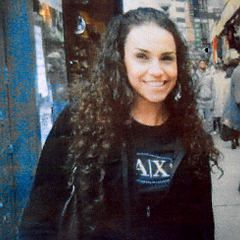 Police are investigating the disappearance of a 25-year-old Brooklyn woman who was out clubbing well into Wednesday morning and they suspect was murdered by a man she was seen leaving with. Laura Garza, who had just recently moved to Bay Ridge, spent the night dancing at Chelsea hot spot Marquee before taking off at 4 a.m. with the man she had been hanging around, 23 year-old registered sex offender Michael Mele. Mele turned himself into state police in yesterday in Newburgh, not far from his Wallkill apartment where they believe he may have committed a violent assault on Garza.

Mele is the son of retired MTA Assistant Deputy Police Chief William Mele and was currently on probation after a conviction of forcible touching. While police did not recover Garza's body at his home, they found blood stains and a suspiciously missing chunk of carpeting.

Mexican-born Garza--who both the News and the Post initially describe as "stunning"--had gone to Marquee Tuesday night with a co-worker from the Manhattan Payless she worked at. The co-worker had left earlier in the night and surveillance cameras show Garza dancing with Mele for close to an hour before leaving with him and another man, who is also being questioned. "It didn't look forced," NYPD spokesman Paul Browne said. He added, "We suspect foul play and are concerned for her safety."

Marquee is usually in the news for its high-profile clientele with celebrities like Derek Jeter and Paris Hilton having been spotted there. Over the summer it had been shut down on a narcotics bust after undercover officers were able to make a number of drug deals, including one for cocaine.

#Chelsea
#clubbing
#laura garza
#marquee
#michael mele
#nightclub
#orange county
#sex offender
Do you know the scoop? Comment below or Send us a Tip
A new Gothamist is coming! We’ve moved comments over to our beta site. Click here to join the conversation and get a preview of our new website.