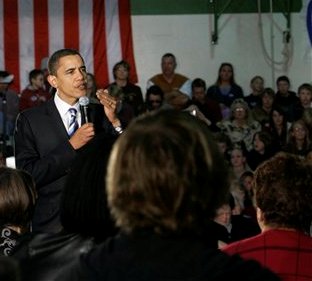 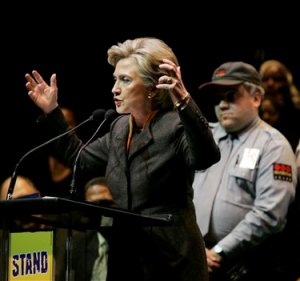 After the national debate about race turned into the national debate about how race discussed in the Democratic presidential campaign, Senators and Democratic rivals Hillary Clinton and Barack Obama have declared a truce. The stir was caused by Clinton's remarks about Dr. Martin Luther King Jr.'s efforts ("Dr. King’s dream began to be realized when President Johnson passed the Civil Rights Act...It took a president to get it done.") and when Obama criticized Clinton for belittling King's achievements...which then lead to Clinton accusing Obama of making mountains of molehills.

Yesterday, the Clinton and Obama camps issued statements like ""Our party and our nation is bigger than this" (Clinton) and "We share the same goals, we are all Democrats, we all believe in civil rights, we all believe in equal rights" (Obama). But Representative Charles Rangel decided to weigh in and told NY1's Dominic Carter:

"How race got into this thing is because Obama said ‘race.' But there is nothing that Hillary Clinton has said that baffles me. I would challenge anybody to belittle the contribution that Dr. King has made to the world, to our country, to civil rights, and the Voting Rights Act. But for [Obama] to suggest that Dr. King could have signed that act is absolutely stupid. It's absolutely dumb to infer that Doctor King, alone, passed the legislation and signed it into law."

According to the NY Times

, "A Clinton adviser said Mr. Rangel was speaking for himself." Of course. And, of course, Obama himself wondered, "For [the Clinton camp] to somehow suggest that we're interjecting race as a consequence of a statement she made, that we haven't commented on, is pretty hard to figure out."