This afternoon a federal judge unsealed documents related to FBI Director James Comey's protocol-breaching announcement of a new angle in the investigation into Hillary Clinton's private email server 11 days before the election. The decision came in response to a records-access lawsuit filed in parallel with a Freedom of Information Act lawsuit seeking the search warrant and supporting documents that the FBI and Justice Department used to review the Clinton-related emails of aide Huma Abedin. The emails were found on Anthony Weiner's computer, during a separate investigation into his reported sexual online messages to a teenage girl in North Carolina.

E. Randol Schoenberg, a Los Angeles attorney who specializes in the recovery of Nazi loot, sued under the belief that the documents the FBI prepared in order to obtain the search warrant for Abedin's computer could show some funny business by overly zealous conservative FBI agents.

Now that the warrant and affidavits have been released, with the preparing FBI agent's name and a few other bits redacted, Schoenberg thinks this of the FBI:

Indeed, what's weird about the search warrant application, is that it seems to show the FBI agents running the Clinton investigation still believed that she and her associates had committed a crime in late October, almost four months after FBI Director James Comey publicly stated that "no reasonable prosecutor would bring" charges with the evidence the feds had compiled regarding Clinton's mishandling of classified material via her private email server. In the search warrant application, a supervising FBI agent checked boxes indicating that the agency had probable cause to believe the Weiner laptop contained "evidence of a crime" and "contraband, fruits of crime, or other items illegally possessed."

In elaborating, the supervising agent acknowledged that, "In recent months, the FBI and the Department of Justice have made public statements concerning the conclusion of the investigation." The agent did not describe those statements—i.e. that they decided no crime had been committed—but rather went further into descriptions of the emails' handling as criminal acts. The agent wrote, in part: 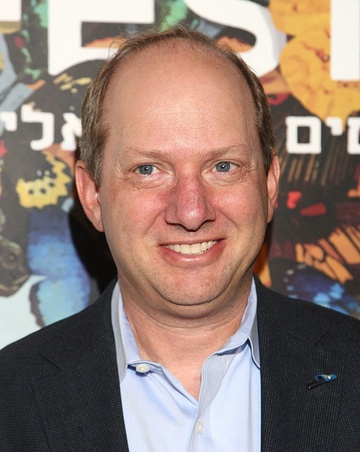 E. Randol Schoenberg's legal fight with the Austrian government on behalf of a Jewish refugee from the Nazis, seeking the return of paintings by Gustav Kilmt, was the basis of the 2015 movie Woman in Gold. (Tommaso Boddi/Getty)

The warrant was signed off on by magistrate Judge Kevin Fox, of the Southern District of New York. Fox was appointed in 1997 by district judges, who were in turn at some point appointed by the president.

"From my perspective, looking at this as a lawyer, everyone in that room had to know that this wasn’t probable cause and they did it anyway," Schoenberg said. "Why?"

Though there is no smoking gun, per se, Schoenberg still suspects the FBI agents responsible were politically motivated.

"I’m sure by tonight on Fox News there’ll be someone explaining why this is probable cause, but I don’t see it," he said.

Writing in the Washington Post, criminal and computer law scholar Orin Kerr decided that it's "unclear" whether the warrant established probable cause. He has previously argued that regardless of this issue, the warrant might have violated the Fourth Amendment, which is supposed to protect people in the U.S. from unreasonable searches and seizures.

One other interesting revelation included in the warrant is a difference between the number of classified emails found on Clinton's unprotected server as represented by Comey, and as represented by the FBI agent seeking the warrant. Comey told reporters in July that of 30,000 emails returned to the State Department by Clinton, 110 emails in 52 email chains contained information that was classified at the time of their sending. In the search warrant application, that number is 81 email chains containing information classified at the time they were sent. It's unclear where the discrepancy comes from.

Last week, the FBI and Justice Department initially opposed the release of the documents on the grounds that they could jeopardize a separate investigation. They subsequently relented and got the judge to agree to redact portions of the materials.

Schoenberg criticized the redaction of the agent's identity, saying, "Just because he’s an agent who does top secret things doesn’t mean he should be allowed to throw an election."

Clinton's poll ratings dipped after the release of Comey's October 28th letter to Congress, but there is no data that definitively shows that the meddling cost her the election. She ultimately lost by about 80,000 votes combined from three key states.

Clinton's lawyers did not take a position on the release of the materials, and Abedin's lawyers wrote that neither she nor Weiner had previously seen a copy of the search warrant.

Judge Fox did not respond to a request for comment left with a worker in his chambers. An FBI spokesman declined to comment.

The warrant and related documents are embedded in full below: