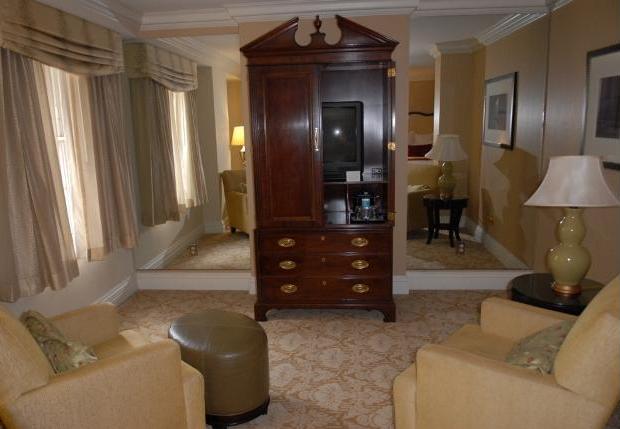 Photograph of Room 871 from DC Examiner

The complaint filings the U.S. Attorney's Office made in the Emperors Club VIP prostitution ring show details about Client 9, which allegedly is Governor Eliot Spitzer. Here are some of the highlights:

You can read the affidavit here; exchanges taped on February 13 and 14 are on page 13. And WNBC reports there are text messages from the Governor's cell phone to the Emperors Club.

WCBS 2's Marcia Kramer hears that Spitzer will resign tonight and that Lieutenant Governor David Paterson could be sworn in "as early as 7 p.m." But commenter moocowtoo points out that CNN reports no press conference will be held tonight. So it's anyone's guess!

#client 9
#Emperors Club
#Governor Spitzer
#hookergate
#prostitution
#scandal
Do you know the scoop? Comment below or Send us a Tip