Dozens more Central Park raccoons may have canine distemper virus, and city officials are urging dog owners to keep their pups on leash for the foreseeable future to keep them "safe and away from wildlife especially during dusk and dawn, off-leash hours."

Last month, at least two dozen raccoons were believed to have the virus, which isn't dangerous to humans but can be very serious to unvaccinated dogs and puppies. The Parks and Health Departments said:

NYC Parks and Health Department, in relation to the distemper outbreak affecting raccoons in Central Park, today issued an advisory strongly recommending that visiting dogs be kept on leashes. The two agencies are specifically concerned about dogs in the park during dusk and dawn, off-leash hours, after two incidents where dogs had encounters with raccoons. Parks and Health have been working in coordination since raccoons in the park first tested positive for the virus. Distemper does not cause a threat to humans, but unvaccinated dogs and other wildlife can be affected.

To date, 85 sick or dead raccoons have been collected by NYC Park Rangers. None of the collected raccoons submitted for testing have been positive for rabies.

If the public sees a sick or injured raccoon they are asked to call 311 and request the NYC Parks Rangers to address.

CAPTURED: @Van_Tieu spotted this raccoon as rangers nabbed it Thursday in Central Park. Officials say it bit a woman after her dogs chased it. The city is advising dogs to stay on leashes in the park due to an outbreak of the distemper virus among raccoons. pic.twitter.com/OStKrB5CLi

Last week, the NY Post reported that 69 raccoons had signs of the disease. A member of the Health Department told the Post that some raccoons "looked like they were circulating, wandering, having spasms. Some of the raccoons had some sort of nasal discharge." 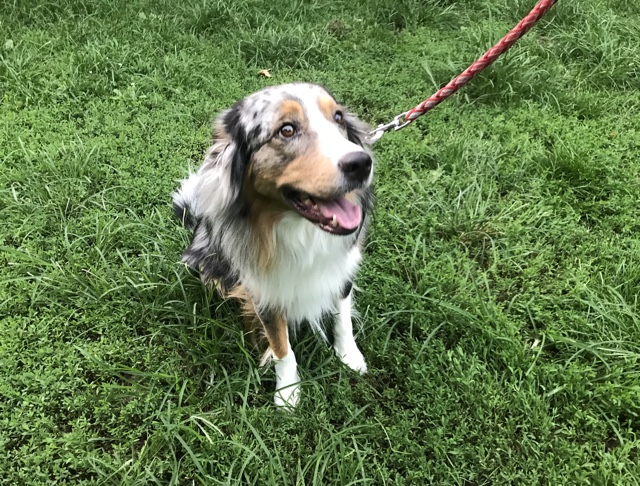 Scout the Australian Shepherd would like to go off-leash, please (Jen Chung / Gothamist)

In Central Park on Thursday night, dog owners appeared to be unaware of the new warning (no signs were posted along the Central Park West entrances between 69th Street and 72nd Streets). Janet Schroeder, who was with her Australian shepherd Scout, said, "That's frightening, I knew about the raccoons but I didn't really picture them going up to dogs." She added she felt a little reassured because "my dog has the distemper vaccine" though "not every dog does."

Crystal Howard of the Parks Department previously told us, "There is no concern for pets if their vaccinations are up to date. DOHMH requires rabies vaccine for all dogs and cats. Dogs are required to be vaccinated for distemper and a few other things only if attending a boarding or grooming facility. However, it is a core canine vaccine that is routinely administered to puppies and updated as needed in adults."

Andrew Wood had let his dog Cannoli off-leash on a patch of lawn, but admitted that the news made him think twice. "I feel as long as we keep an eye on him and keep him in open spaces, I feel comfortable about the situation," he said, after explaining Cannoli had all his shots. "But obviously as it gets dark, it's good to know [the distemper outbreak] is going on so we can be mindful of it and as it gets later, we'll definitely keep him on a leash." 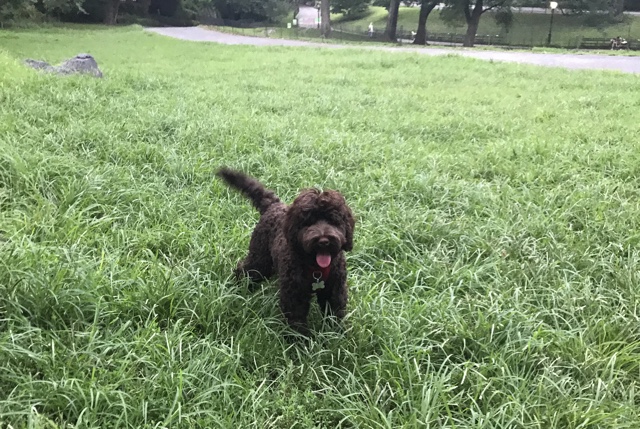 The American Veterinary Medical Association described canine distemper as a "contagious and serious disease caused by a virus that attacks the respiratory, gastrointestinal and nervous systems of puppies and dogs. The virus can also be found in wildlife such as foxes, wolves, coyotes, raccoons, skunks, mink and ferrets and has been reported in lions, tigers, leopards and other wild cats as well as seals...Puppies and dogs most often become infected through airborne exposure (through sneezing or coughing) to the virus from an infected dog or wild animal. The virus can also be transmitted by shared food and water bowls and equipment. Infected dogs can shed the virus for months, and mother dogs can pass the virus through the placenta to their puppies."

#canine distemper
#central park
#distemper
#raccoons
Do you know the scoop? Comment below or Send us a Tip