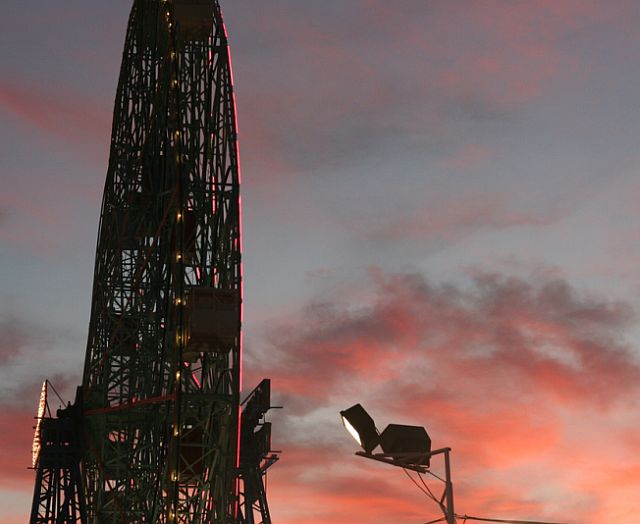 As part of a plan to turn over 9 privately-owned acres of Coney Island amusements to the Parks Department, the Bloomberg administration is trying to wrest control of the landmark Wonder Wheel from the family that has owned and operated it since before Coney Island’s comeback. According to amNY, it was in 1948 that Coney Island hot dog vendor Denos Vourderis promised his girlfriend that if she married him, he would buy her the Wonder Wheel; 35 years later he’d saved up enough money to make it happen. 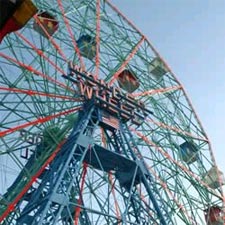 Vourderis passed away in 1994, leaving his sons to manage the refurbished Wonder Wheel and a number of other rides that make up Deno's Wonder Wheel Amusement Park. Bloomberg’s plan would give the Vourderis family one acre in the new amusement area, while turning operations of the Wonder Wheel and tDenos Kiddie Park over to a “world class operator” who would find a way to maintain rides year-round.

Though the Vourderises would receive “fair market value” for the property, but Denos’s son Dennis is not amused, telling amNY, “It's important to keep his dream going. This is something that grew from being a little hot dog stand into an empire. They don't need to protect it from us. We made it a landmark.” But Coney Island Development Corp. president Lynn Kelly argues “if we don't change the zoning now and make the surrounding area parkland, in a few years someone could say, ‘I want to put a giant high-rise building right next to the Wonder Wheel.’”

Coney Island officially opens for the summer this weekend; if you ride the Wonder Wheel, choose the sliding car; it's well worth the wait.