A new set of marketing rules for affordable housing projects is intended to improve the odds for low-income New Yorkers entering notoriously saturated housing lotteries across the city. Mayor de Blasio revealed the updated Marketing Handbook [PDF] on Tuesday, which aims to protect the homeless, veterans, and other applicants who might be discriminated against based on their credit score, or history in housing court.

"Disqualifications based solely on credit history, or because a tenant fought for his or her rights in housing court, have no place in our affordable housing programs," de Blasio said on Tuesday. "These key improvements to the rules level the playing field and give every household the chance to find a home within their means."

Under the new rules, developers are prohibited from rejecting an application solely on the basis of that applicant's credit score. If the applicant's score is below 580 on a 300-850 scale, the rules state that that applicant can only be rejected if he or she has another outstanding monetary issue, such as a bankruptcy or unsatisfied liens.

The handbook also states that an applicant can be rejected if a landlord has recently brought her to court for eviction or possession proceedings, and won. This circumstance is listed as the "most stringent criteria" permitted. Therefore, a developer can't reject an applicant simply on the grounds that she’s gone to housing court with a past landlord.

Any developer seeking financing for an affordable housing project must file a marketing plan to the Department of Housing Preservation and Development or the Housing Development Corporation for approval—a requirement the city says will ensure the new guidelines are followed. 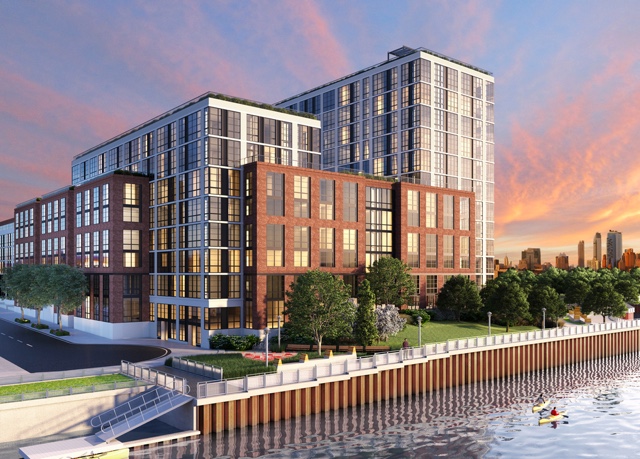 Rob Solano, Executive Director of Churches United For Fair Housing, said on Tuesday that a person's credit score is the most common grounds for rejection from an affordable apartment. "It's the most frustrating for the applicant as well, because if you are looking for an apartment, you are probably struggling financially," he explained.

Solano, whose organization was among those tapped for input on the handbook updates, added that while the new guidelines give advocates language to point to when defending applicants, there are still loopholes. For example, he said, low-income tenants often lack representation in housing court, and therefore struggle to defend themselves in eviction proceedings.

Also, many applicants have potentially-disqualifying financial circumstances, beyond their credit scores. He'd sooner see potential tenants assessed on their rental payment history, since some low-income tenants forgo other expenses in order to pay rent on time.

"Let's say the person is 580," he posited. "Now the developer can say, 'I want to deny you because of your debt-to-credit ratio.' Credit score is different from debt, so they could say, 'I'm also denying you because you owe $5,000 in medical bills.'"

"Instead the rules should say, 'This person cannot be denied by any credit criteria,'" Solano added. "It's not a great feeling when you win the lottery and your disqualified because you owe too much money."

"I think the measures that have been taken are pretty strong, and will be beneficial because particularly immigrants and people of color are targeted for having low credit scores or no credit at all," said Stephanie Sosa, who develops housing policy for the Association for Neighborhood & Housing Development.

Sosa also stressed the stakes that affordable housing applicants are up against. More than 56,000 people entered the lottery for 86 affordable apartments at a new development in Gowanus earlier this year. And a lottery for affordable units at Hunter's Point South in Queens, which closed last December, received a record 93,000 applicants.

"There is a huge need for affordable housing in this city," she said. "And we see that in the lottery system. The percentage of people who apply and actually get the units is extremely low."