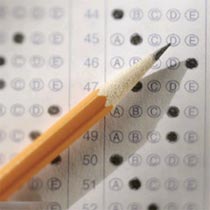 Public school children across the state between grades four and eight showed tremendous improvements in their standardized test scores in recently released results from the state education officials. In particular, NYC and the "Big Four" --Buffalo, Rochester, Syracuse and Yonkers--made double digits increases that have now prompted some to wonder if the most recent test was too easy.

Mayor Bloomberg trumpeted these results yesterday, saying, "Today, they are performing almost on the level of suburban districts, and we're making continued progress closing the shameful achievement gap. We've put our children first and focused on results-and all New Yorkers should be very proud of what our schools are achieving." Though he emphasized there is still a lot of work to be done (it's not good when "only 43 percent of city eighth grades were able to meet state standards this year, while less than 53 percent were able to do so in sixth grade"), Schools Chancellor Joel Klein credited the Mayor's transformation of the Department of Education with the gains.

And State Education Commissioner Richard Mills said, "The bottom line is this: Performance is up in mathematics. It's up in English and more students are meeting the standards." Still, some opponents of standardized testing suggest that the curriculums are shaped to only teach what's on the tests. NYU professor Robert Tobias told the Daily News, ""Given that the scores are going up to a very large degree, especially in certain grades, it suggests the test is probably easier than it was in the past."

Inside Schools has a good analysis of the racial breakdown of the NYC test scores, "The achievement gap that yawns between white and Asian students and their black and Hispanic peers has narrowed, but continues far too wide." Some sides from the DOE showing the differences in scores across races are after the jump. 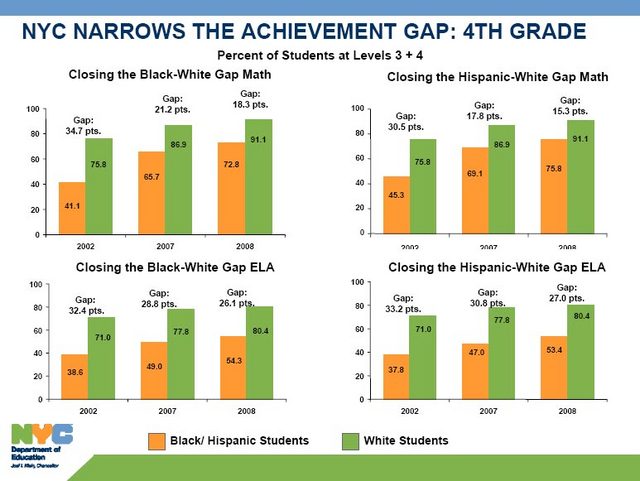 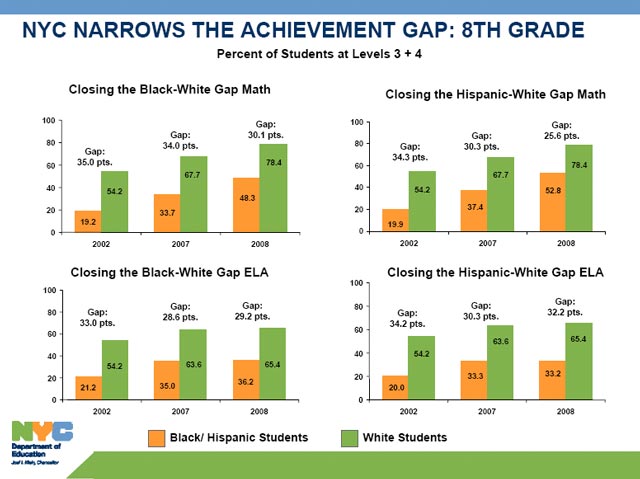