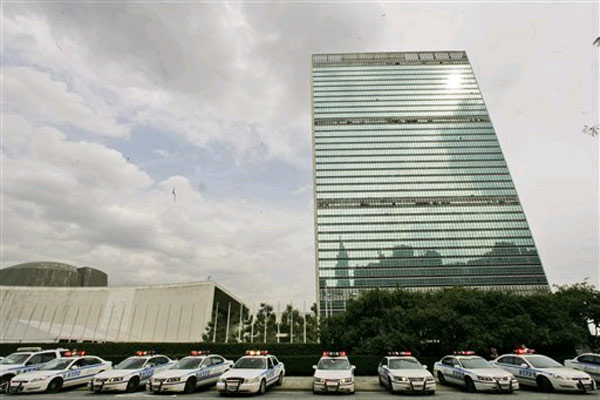 Yesterday, two cars full of gasoline and nails were found near London's Picadilly Circus. The car bombs were defused, and British authorities determined that the two vehicles were linked, which is apparently an al Qaeda tactic. Had the bombs gone off, the Post reports "security experts said that if the car bombs found yesterday had been ignited, they would have created enormous fireballs, followed by shock waves forming a killing zone at least 400 yards in diameter."

The find moved the NYPD to tighten security in the city. Cops wielding machine guns were seen in Times Square, more cops were added to the subways, and patrol cars were stationed outside key buildings (like the UN). Police Commissioner Kelly said, "We'd like to stress the fact that there is no specific threat against New York City. But we are taking some precautions." The NYPD will be paying particular attention to vehicles in parking garages and at various checkpoints. And the NYPD's counterterrorism chief, James Waters, is consulting with British authorities.

The Department of Homeland Security's Michael Chertoff doesn't think there's a direct threat on the U.S. or NYC. Still, with July 4th coming up and the 2nd anniversary of the London bombings on July 7th, expect to see a lot of police presence.

This region's three major airports are on heightened security after this morning's SUV attack at Scotland's largest airport. Witnesses say that an SUV––a Jeep––deliberately swerved in order to ram into the main terminal at Glasgow Airport. Security barriers interfered with the Jeep's progress enough that only the nose of the vehicle rammed through the building's doors. Both men, who seemed to have ignited Molotov cocktail-like bombs, were on fire and police managed to pull them from the vehicle and they were arrested. The Jeep exploded and burned in the terminal. Local officials said that no parking will be allowed outside any of the terminals at Laguardia, JFK, and Newark until further notice.