The 112-year-old Bedford Union Armory is poised at last for a very Brooklyn overhaul—officials announced today that the sprawling Crown Heights building will soon become 500,000-square-feet worth of housing and commercial space, to include a recreational facility, community event center and office space.

The long-vacant armory, which spans a large portion of the block on President Street at Bedford Avenue, was acquired by the city in 2013 at the behest of former borough president Marty Markowitz, who pledged $1 million toward its redevelopment. 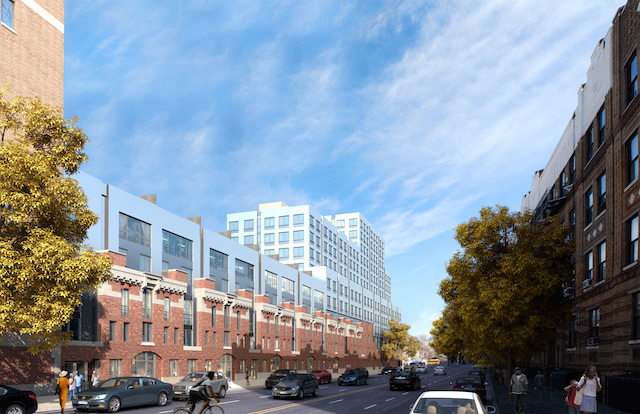 The developer Bedford Courts has been tasked with the build-out, which will include 300 units of housing, half of which will be affordable. The algorithm for affordable housing is based on Area Median Income, or AMI, which for a family of four in 2015 is $86,300. The chart below is a breakdown of the armory's affordable housing, though only 66 units will be available to those who make below the AMI: 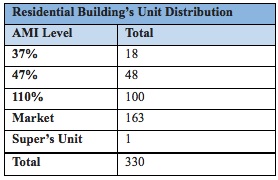 Knicks forward Carmelo Anthony will help with the recreational facility, which will tentatively include basketball courts, a swimming pool and an indoor turf field. 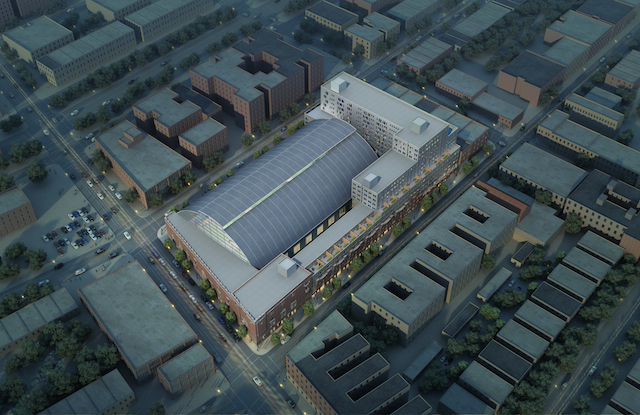 “The Bedford Union Armory has been a centerpiece of the Crown Heights community for more than a century, and by reactivating it, we are building upon its potential to benefit the entire neighborhood,” NYCEDC President Maria Torres-Springer said in a press release.

Last month, locals fought to cancel a two-day rave scheduled to be held on armory grounds, citing fears like "potentially intoxicated people" and "parking." They succeeded.

#bedford union armory
#carmelo anthony
#Crown Heights
Do you know the scoop? Comment below or Send us a Tip