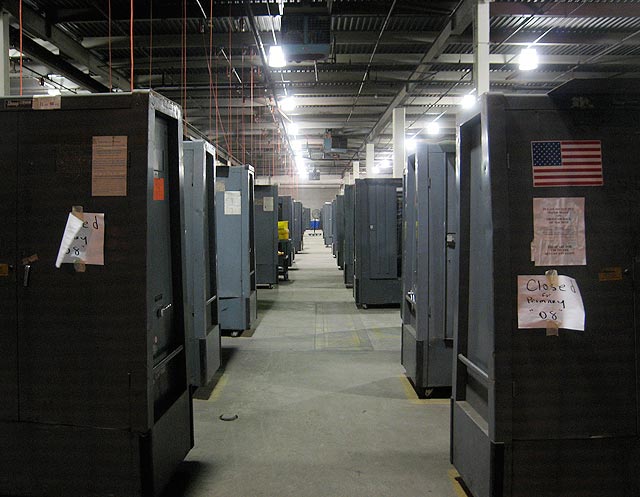 Top photograph of voting machine storage in Red Hook by wka on Flickr; lower photograph by Pabo76 on Flickr

With only six days to go until Election Day, we should all be excited or relieved to finally cast our ballots and leave the worrying for when we wait for returns. But all signs are pointing to a rough day for NYC's 4.6 million voters, courtesy of the NYC Board of Elections--and Mayor Bloomberg. For instance, this is what BOE official Frederic Umane said yesterday, "We just hope that people would be as patient when they try to vote as they would be trying to wait for a hamburger at one of the more fancy hamburger places, which I understand the lines can be up to two or three hours."

Yesterday, the NY Times led the charge, with an editorial slamming the NYC BOE as an "arcane and secretive body"- -a "nest of good old-fashioned patronage that Boss Tweed and the boys down at Tammany Hall would have admired"-- and wondered about a "purge of more than 30,000 voters" as well as the hundreds of thousands of new registrations its recently received. Plus, the editorial says Bloomberg has "made things worse in the short term," cutting funds to the board and not funding extra workers to help on Election Day. 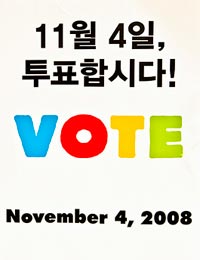 Today, the Post reiterates the concern, "Worried city election officials are biting their nails after Mayor Bloomberg turned down an emergency request to hire extra workers at polling places on Tuesday, as the possibility of widespread voting delays and confusion loomed amid an expected massive turnout." Board official Umane said 715,000 registration forms had been sent in since January (215,000 were received in the first two weeks of October!) and added 34,000 poll workers would on hand

Umane suggests voting at mid-day, when lines are generally the shortest (since many people vote on the way to or from work). Today, the Times speaks to some voters in search of absentee ballots at the BOE office in Manhattan; one said, "It’s more a matter of incompetence than anything else. They’re extremely disorganized. They don’t even seem to know what information people need. We were sitting here two and a half hours, and we had the voter ID cards and nobody thought to ask for them until just now.”

Next Tuesday, November 4, polls open at 6 a.m. and close at 9 p.m. Here's the NYC Board of Elections' poll site locator. For more questions, call 866-VOTE-NYC (the Times notes that the calls are also forwarded to 311 "if operators are overwhelmed").

#Election day 2008
#NYC Board of Elections
#voting
#voting day chaos
Do you know the scoop? Comment below or Send us a Tip